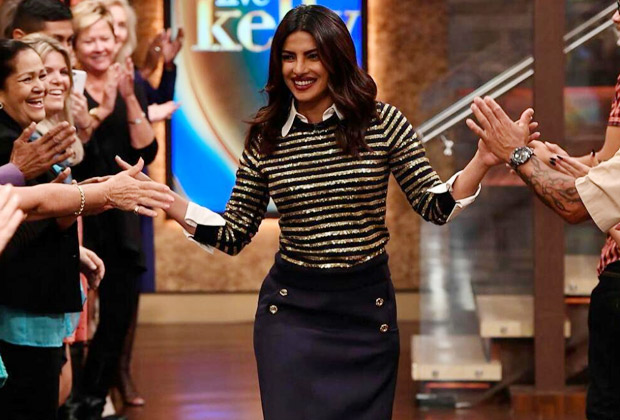 After the second season of ‘Quantico’ went on air, Priyanka Chopra has now kick started the promotions of the action-thriller series and was recently spotted at the popular talk show Live With Kelly. The actress got into some fun activities during the show and got her Alex Parrish mode on as she performed stunts.

The recent video posted by Live With Kelly channel shows Priyanka Chopra doing some great action moves in heels as she teaches the same to the host of the show Kelly Ripa. Readers may be aware that the first season had Priyanka playing the role of a FBI trainee and hence required her to do a lot of stunts. On the other hand, the actress will now be seen as an employee of the CIA in the second season after being fired out of FBI. She would be seen working as an undercover agent to expose a major conspiracy that can endanger the lives of some high profile political figures. There are also reports claiming that Tom Hiddleston may guest-star in the latest season of ‘Quantico’ as Priyanka’s potential love interest.

Here’s a glimpse of what happened on the sets of Live With Kelly as Priyanka turns teacher to the hosts of the show: