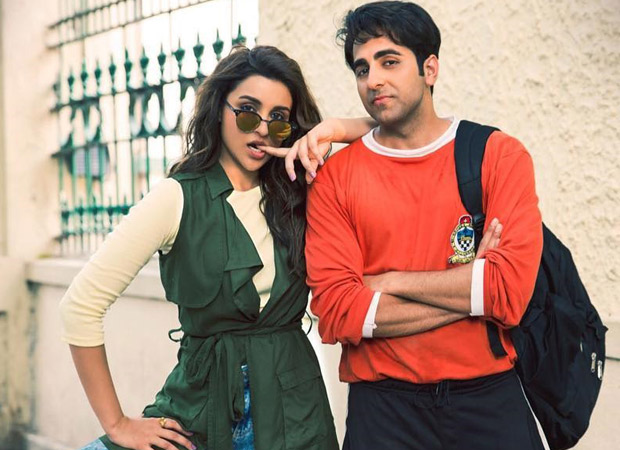 We all know that the multi-talented Ayushmann Khurrana and the sensational Parineeti Chopra are coming together in the most eagerly awaited film Meri Pyaari Bindu. The duo have been maintaining the ‘Meri Pyaari Bindu’ diary, in which they have been recalling the incidents which make the film’s shooting an extremely memorable affair.

Bollywood Hungama came across the following clip on the social media which has the sensational duo of Parineeti Chopra and Ayushmann Khurrana taking a break between the shots. The duo is seen ‘flirting’ with ‘air’ in the rain and even dancing during the break! The film’s production house titled the social media post as “Too much hawa & baarish happening behind the scenes w/ @ParineetiChopra & @ayushmannk! And those moves uff @MeriPyaariBindu”

Directed by Akshay Roy, Meri Pyaari Bindu is slated to release on May 12 this year.