Priyanka Chopra and Nick Jonas' wedding was one of the headline-making weddings of 2018. After the grand wedding of Deepika Padukone and Ranveer, Priyanka got hitched to American pop sensation Nick Jonas following both Christian service and Hindi rituals on December 1 and 2, 2018 at Umaid Bhawan Palace, Jodhpur. 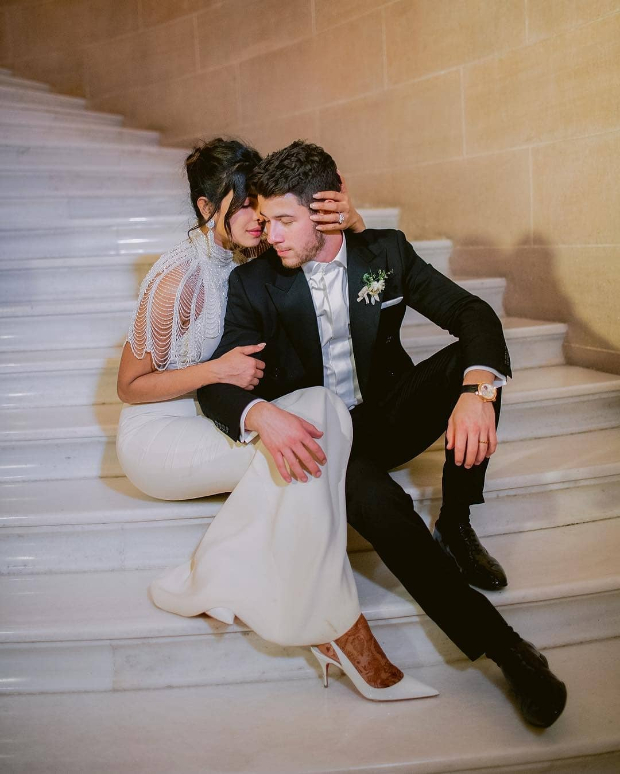 Though it has been three months since they got hitched, fans can't have enough of their wedding pictures and videos. Every now and then, we come across some unseen moments from the wedding which is absolutely heart-warming. While Nick Jonas and his entire family gave a tough competition to the Chopra family during the Sangeet ceremony with 'Gallan Goodiyaan' performance, he also serenaded her at the reception.

After the traditional white wedding, Nick Jonas performed for his bride Priyanka and the guests on his hit track 'Levels'. A video has surfaced online in which Priyanka is seen dancing to the beats of the song while enjoying to Nick Jonas and his band's performance. Even the guests were having a gala time.

This morning, Jonas Brothers - Nick Jonas, Joe Jonas and Kevin Jonas released his first single in five years. The music video 'Sucker' not only featured them but also their better halves - Priyanka Chopra, Sophie Turner and Danielle Jonas. This is the first time Nick and Priyanka have worked together and their chemistry is off the charts.

Nick sang the song "Levels" at their own wedding ????