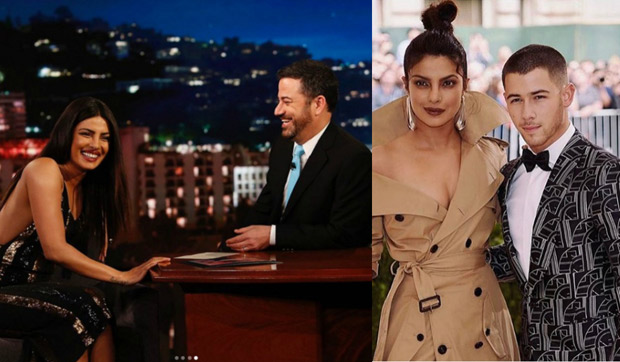 Priyanka Chopra, who was in Zimbabwe as UNICEF Goodwill Ambassador, returned to Los Angeles on Tuesday to make her third appearance on the late-night talk show, Jimmy Kimmel Show. Priyanka Chopra was on the show to promote the upcoming season finale of her show Quantico and kick start the promotions of her film, Baywatch. We all know last week Priyanka Chopra took the Internet by storm when she made her debut at the MET Gala 2017 donning a trench coat dress with a long train. As she was representing Ralph Lauren, she was accompanied by another Ralph Lauren collaborator, Hollywood hottie Nick Jonas. Soon, everyone noticed the two shared quite shared a good camaraderie on the red carpet and at the after-party. This gave the gossip mills to talk about how they could be dating. 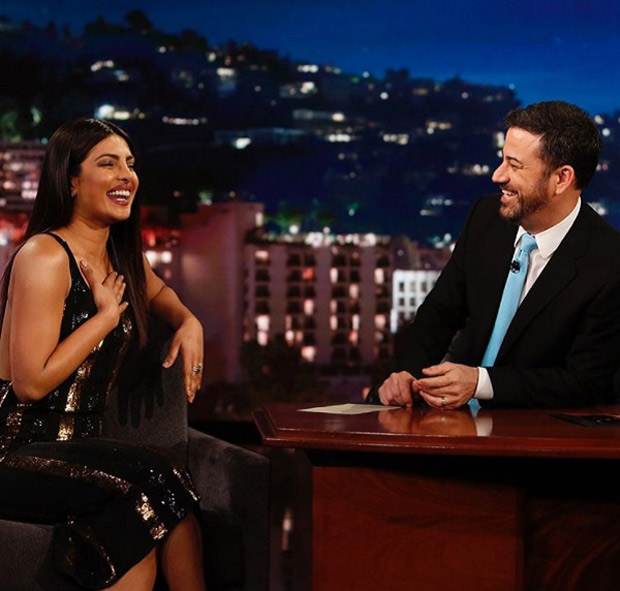 Jimmy Kimmel began the conversation by grilling Priyanka about who took Nick Jonas as her date to the MET Gala and how she ended up with him. She said, "We both were wearing Ralph Lauren. We know each other. We were on the same table. So, we were just like like Hey! let's go together. I was like Okay! It ended up working out." Jimmy found it very interesting how these two decided to go together and continued digging up and making fun of it more to get the juicy scoop.

On the work front, Priyanka Chopra is gearing up for the release of her Hollywood film Baywatch starring Dwayne Johnson and Zac Efron.