Janhvi Kapoor, who is in the midst of Gunjan Saxena biopic and RoohiAfza, decided to take up a dance challenge that has been doing the rounds. It was started by none other than her Dhadak director Shashank Khaitan, who is also the judge for the dance reality show Dance Deewane. While the second season of the show is all set to go on air soon, celebrities are showcasing their dance moves and Janhvi Kapoor nailed it with these never-seen-before belly dance moves. 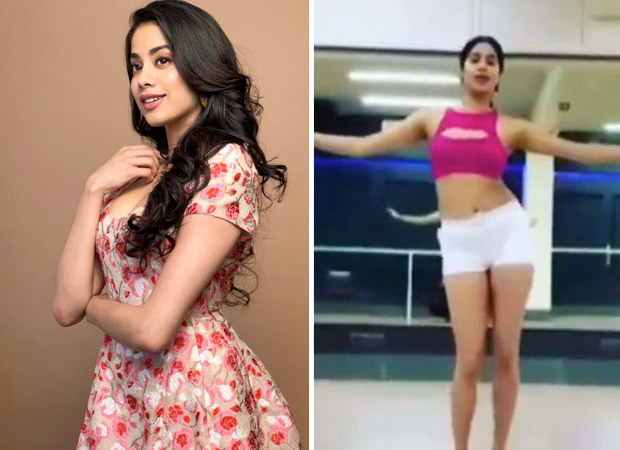 WATCH: Janhvi Kapoor nails it with these HOT belly dance moves as she takes up this dance challenge!

Janhvi Kapoor took to her Instagram story to share a video of her dance wherein she is seen doing belly dance moves on the title track of Dance Deewane show. The actress posted on the video saying, “Belly dance warm up to #DanceDeewane. Thank you @shashankkhaitan for this challenge!! #dd2challenge.”

On the work front, Janhvi Kapoor has already kicked off the shoot of Gunjan Saxena biopic which has been tentatively titled Kargil Girl. On the other hand, she has also started off with the horror comedy RoohiAfza alongside Rajkummar Rao. If that wasn’t all, Janhvi Kapoor will also be seen in a pivotal role in the Karan Johar directorial Takht which is expected to star Kareena Kapoor Khan, Alia Bhatt, Ranveer Singh, Vicky Kaushal, Bhumi Pednekar and Anil Kapoor.