Bollywood actress Kareena Kapoor Khan is currently holidaying in London with husband Saif Ali Khan and son Taimur Ali Khan. The actress is set to begin shooting for Angrezi Medium in London while Saif is shooting for Jawaani Jaaneman. But, this past weekend, it all about family and chilling. Karisma Kapoor reached London with her kids to join them on vacation. 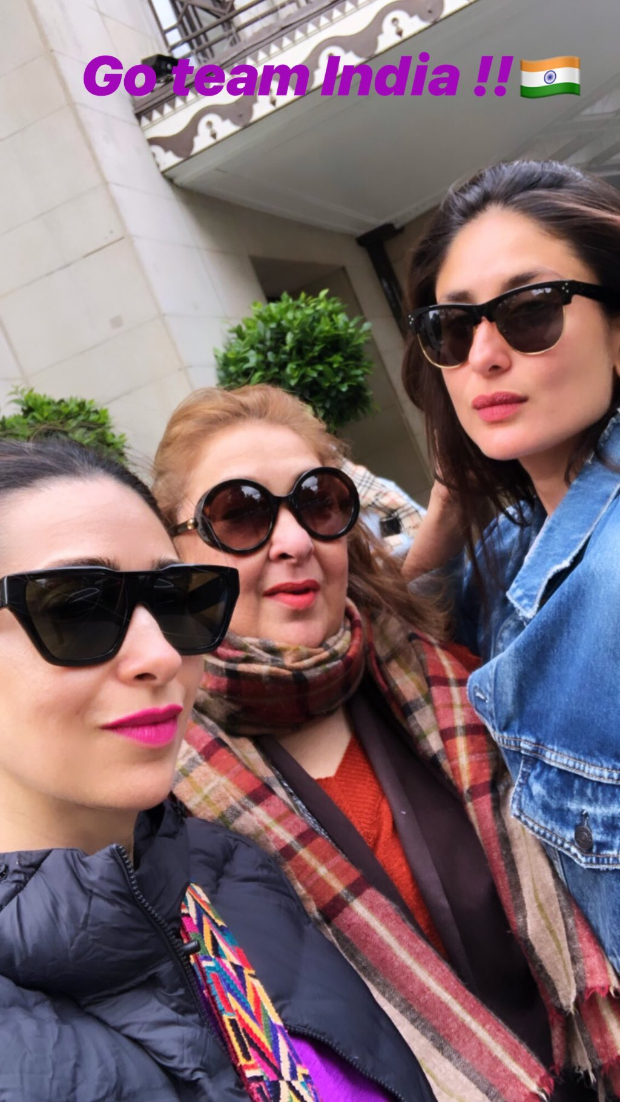 As the fans around the world were glued to TV screens to watch the India and Pakistan match, Karisma Kapoor along with Kareena Kapoor Khan and her aunt Rima Jain were also cheering for Team India. Though Kareena did not join Saif at Old Trafford on Sunday, she did have a lazy Sunday watching the match at home with her family. 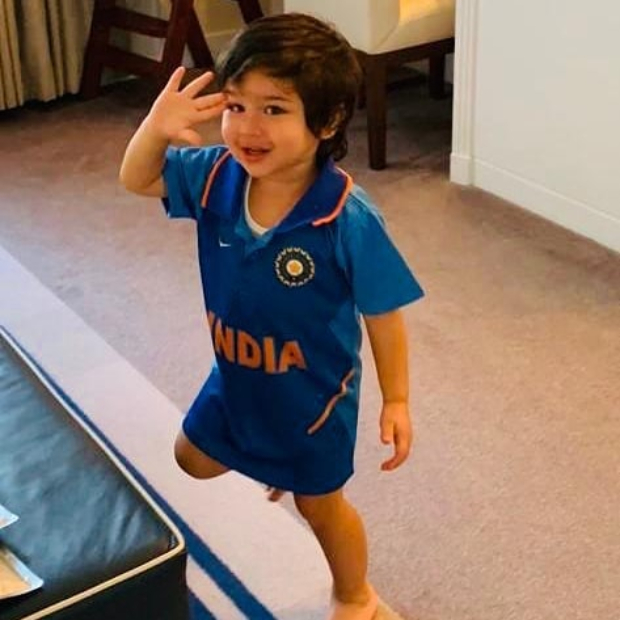 While Kareena Kapoor Khan was enjoying her Sunday, little one Taimur Ali Khan went viral on social media yesterday. The reason being that he was dressed in Team India jersey as he looked absolutely adorable smiling for the camera.

Kareena Kapoor Khan, on the work front, is in London to shoot for Angrezi Medium alongside Irrfan Khan. The actress will be next starring in Good News and Takht. Karisma Kapoor, on the other hand, is returning to acting with ALTBalaji's Mentalhood.