The entire nation is left in shock ever since the news broke about the brutal death of the 8-year-old, Asifa Bano in Kathau. The little girl was gang-raped, sedated for days after brutally murdered in the Kathau province of Jammu and Kashmir. As the nation mourns the death of little one and seeks justice for her, many Bollywood celebrities have been standing up for her family in the hope of getting her justice. The hashtag #JusticeForAsifa has been trending for days ever since the news broke in the media. Jacqueline Fernandez has joined the others celebrities as she prayed for the little girl and her family in her way. 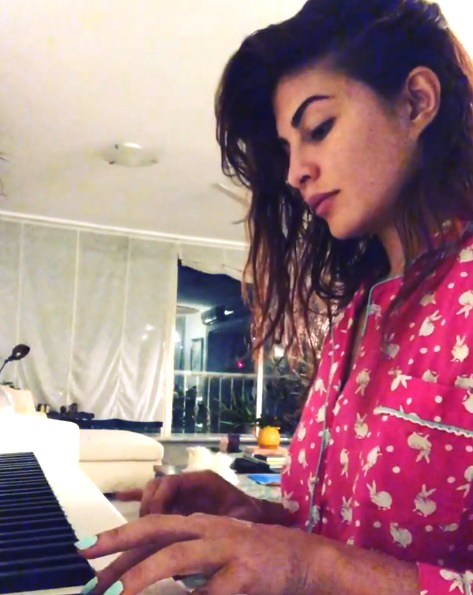 On Monday night, Jacqueline Fernandez shared a video of her playing the piano. She played an emotional rendition of 'City of Stars' from La La Land. Along with the video, she wrote, "She’s with the angels now.. #justiceforasifa." Jacqueline joins other Bollywood actors including Priyanka Chopra, Twinkle Khanna, Rajkummar Rao, Akshay Kumar, Farhan Akhtar among others who have voiced opinions seeking justice for Asifa.

According to the latest reports, the trial of late Asifa Bano's case began on April 16 before Principal Sessions Court judge Sanjay Gupta. The seven accused in the rape case have pled not guilty and have asked the judge for their narco-analysis test. The court, then, asked the crime branch of Jammu and Kashmir police to hand out copies of chargesheet to the accused. The next hearing will now take place on April 28.

Meanwhile, on the work front, Jacqueline Fernandez recently wrapped the shooting of her next Race 3 in Bangkok. Directed by Remo D’souza, Race 3 consists of an ensemble star cast including Salman Khan, Anil Kapoor, Jacqueline Fernandez, Bobby Deol, Saqib Saleem and Daisy Shah. Produced by Salman Khan Films and Ramesh Taurani under the banner of Tips Films, Race 3 is directed by Remo D’souza and will hit theatres on Eid 2018.

She’s with the angels now.. #justiceforasifa

Nia Sharma and Devoleena Bhattacharjee get…

"My parents worry about me and want me to…