Ever since his debut in Ishq Vishq, Shahid Kapoor has shown amazing dancing skills in all of his movies. So, it turns out that his younger brother Ishaan Khatter is also really impressive on the dance floor. The budding actor, who is all making his debut in Beyond The Clouds, has been showcasing some impeccable dance moves during the promotions of his film. 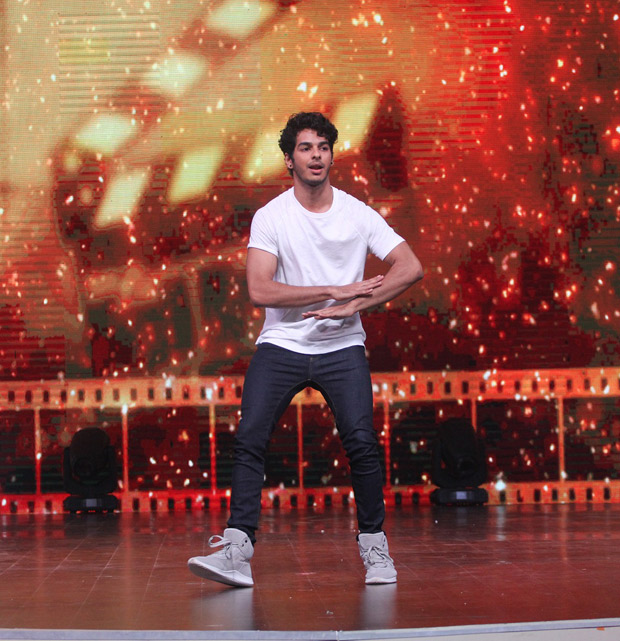 Ishaan Khatter will be dancing to the iconic song ‘Muqabala’ which features the master-dancer Prabhu Deva in the Majid Majidi directorial Beyond The Clouds. During the promotions on DID Li'l Masters, Ishaan set the stage on fire with his amazing break dance. Judges Marzi and Terence Lewis were left impressed while his Beyond The Clouds co-star Malavika Mohanan cheered for him. Dressed in white and blue denims, the upcoming actor left everyone in shock with his amazing dancing skills. Sharing the video, he captioned it, "Made up on the fly.. a lil jig on Muqabala for the lil masters!"

In the film, Ishaan Khatter has added his twist to the track by doing the shadow dance. A teaser of the recreated ‘Muqabala’ from the film was released recently, where we got a glimpse of his performance. Speaking about his performance in the film. Ishaan recently said, “I have to admit that this was a very happy fateful coincidence for me. While shooting the scene, Mr. Majidi asked me to play any song I felt like at the time that would help elevate the moment. When I hit play button on my music player, ‘Muqabala’ started. He absolutely loved it and asked me to take my shot and it all just magically happened. This song is in no way a new rendition or version of the song. It is very much the killer original track.”

Directed by Oscar-nominated Iranian legend Majid Majidi, with music by AR Rahman, produced by Zee Studios and Namah Pictures, Beyond the Clouds is all set to release on April 20, 2018.

Besides this, Ishaan Khatter will star opposite Sridevi's daughter Janhvi Kapoor in Dharma Productions' Sairat remake Dhadak. Directed by Shashank Khaitan, Dhadak is slated to release on June 6, 2018.

Made up on the fly.. a lil jig on Muqabla for the lil masters! Catch the episode at 9pm on Zee TV.

Also Read: DHADAK: Sairat chartbuster Zingaat will return in this Janhvi Kapoor, Ishaan Khatter starrer but as an item song

Huma Qureshi gives a glimpse of the…