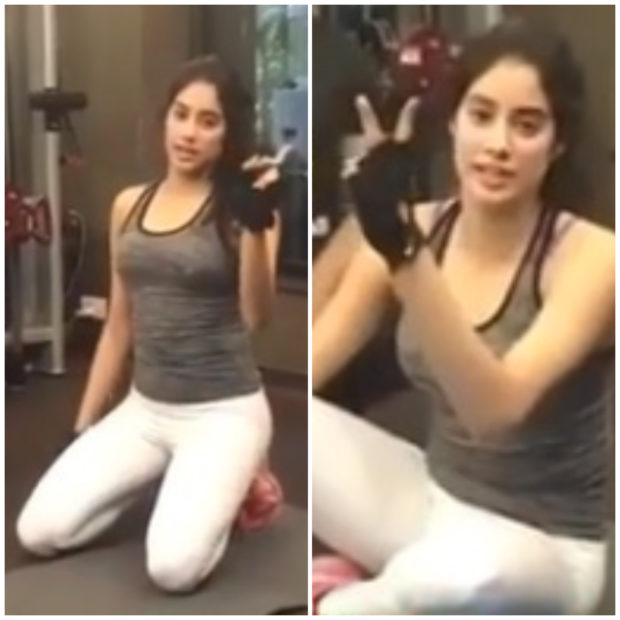 The year 2018 will see the debut of Sridevi and Boney Kapoor’s eldest daughter Janhvi Kapoor in Karan Johar's production, Dhadak. The upcoming actress is currently filming in Udaipur. But, she is often seen in Mumbai either after her dance class or gym session.

There is no mystery about Janhvi Kapoor's love for dance and fitness. She is often snapped by paparazzi post her gym sessions. While she gives importance to her fitness and health, she also tries to make her workout sessions more fun.

Recently, Janhvi Kapoor's trainer shared a compilation of a video featuring how to get fit in a few ways. While doing all the routines, Janhvi was being goofy and informing to get the fit body in just few steps. Dressed in her gym wear, she was giggling in the entire video.

Jahnvi Kapoor will be making her debut with Dhadak opposite Shahid Kapoor's brother Ishaan Khatter. Directed by Shashank Khaitan and co-produced by Zee Studios and Dharma Productions, Dhadak is set to release on July 6, 2018.