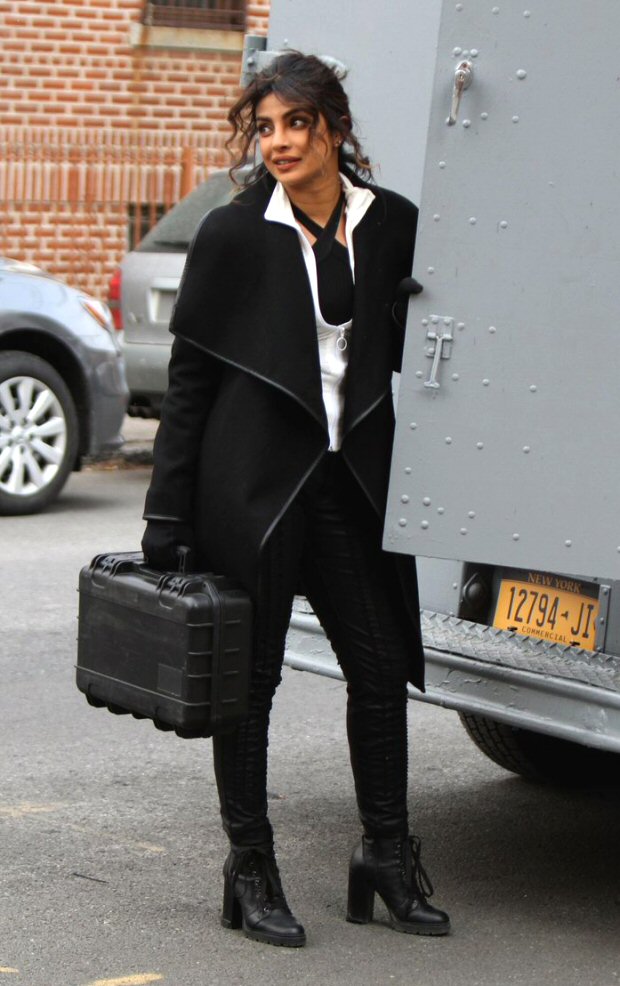 Priyanka Chopra has been continuously hustling hard on the sets of her crime drama show, Quantico. For the past few months, the actress has been keeping busy with shooting for its third season in the New York City. The shooting for most of the episodes are now completed. 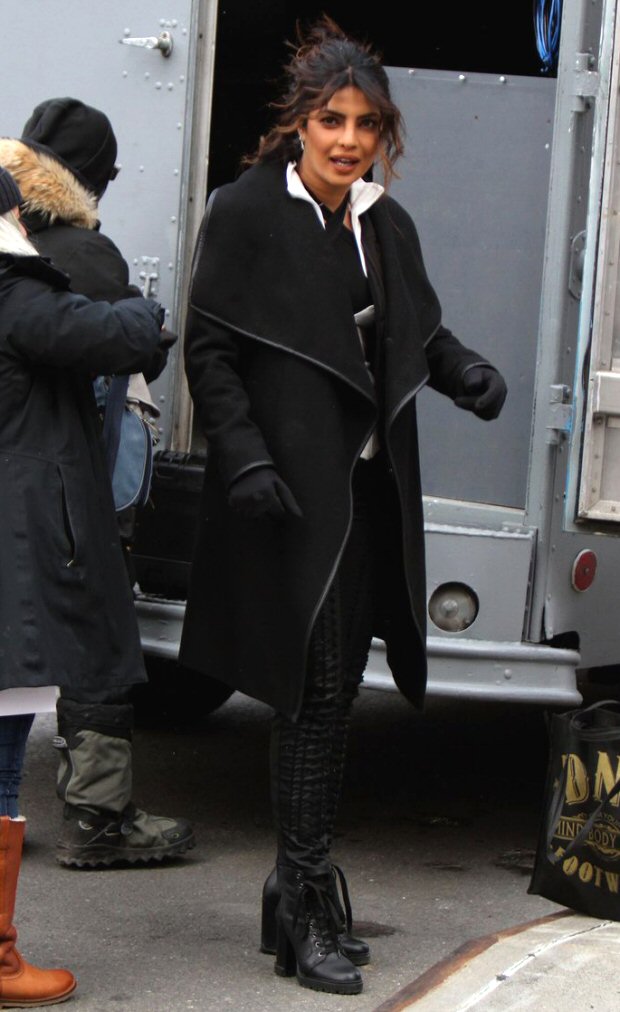 A few days ago, Priyanka Chopra was snapped on the sets of her show. Beating the chilly cold weather of NYC, the actress was filming on the streets of the beautiful city. Priyanka looked like a boss lady in a cross neck black top under a white sweater. She paired it up with a black jacket with oversized lapels, ruched black leather pants with high heeled boots. She was seen carrying a black briefcase.

Priyanka Chopra returned to Mumbai this afternoon to spend holidays with friends and family. She is also set to get some work done, perform at an award show and speak at an event held for youngsters. 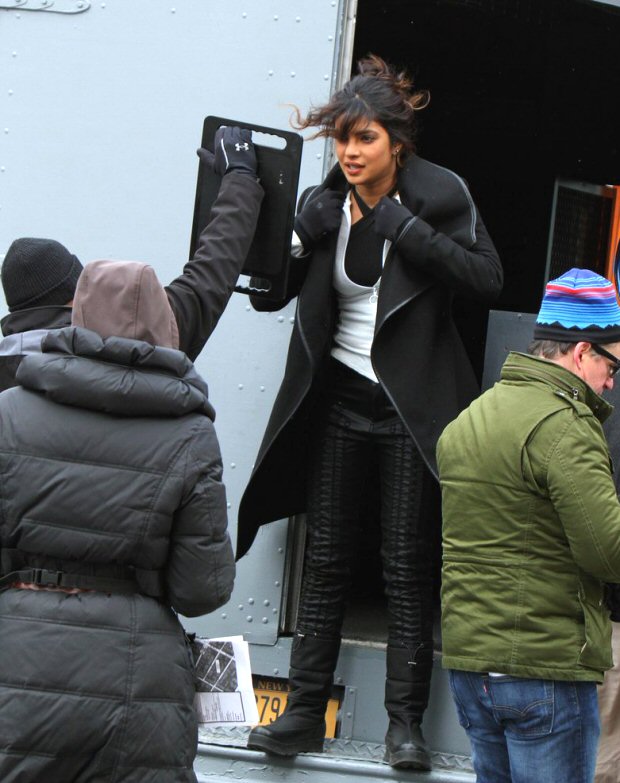 The third season of Quantico has been cut down to 13 episodes and will have a mid-season premiere. On the work front beside Quantico, Priyanka Chopra has already wrapped up her next film Isn’t It Romantic which stars Adam Devine, Liam Hemsworth, and Rebel Wilson. It is slated to release on February 14, 2019.