Last Updated 30.11.2021 | 9:53 PM IST
feedback language
follow us on
Bollywood Hungama » News » Bollywood Features News » “I wasn’t able to move properly while being in a saree, forget about dancing and fighting in it”- Akshay Kumar on wearing a saree for Laxmmi Bomb

Akshay Kumar's first look poster from his upcoming film Laxmmi Bomb had seen him in a saree. Fans were totally surprised to see his new avatar as this is the first time he donned a saree for a role. He completed the look with a bindi, bangles and a ponytail. In a recent promotional interview with Maniesh Paul, Akshay talked about his experience of wearing a saree and how difficult it was for him. 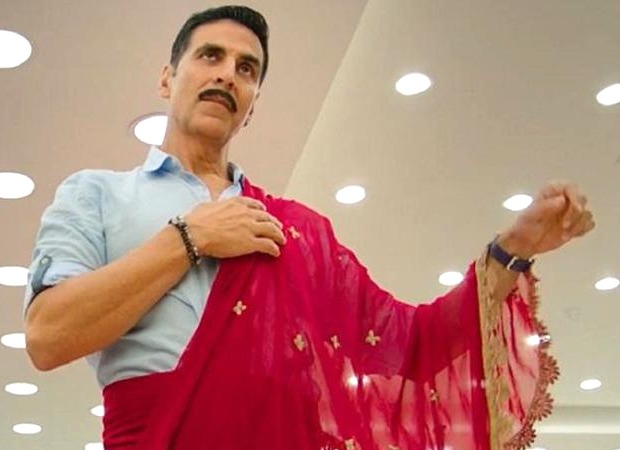 When Maniesh Paul asked Akshay Kumar about his experience of shooting in a saree, he said, “In one word, saree is the most graceful outfit in the world. Wearing a saree has been one of a kind experience for me. Frankly speaking, donning a saree is very difficult. During the initial days of the shoot, my saree would often unwrap by itself while shooting. I wasn’t able to move properly while being in a saree, forget about dancing and fighting in it. Thanks to my costume designer who would come to my rescue in every break to rearrange the plaits and balance the pallu.”

He further praised women who wear a saree. "Hats off to all the women who manage so well. If you all want to appreciate the process, everybody should try it once on yourself, you will realise how difficult it is," he said.

Laxmmi Bomb is the Hindi remake of the Tamil film Kanchana.  Talking about playing the role of Laxmmi, Akshay said "It’s been 30 years of my career, the character of Laxmmi remains the most mentally intensive role. But I managed it somehow. I thank my director Raghava Lawrence - how this character walks, talks, dances - he told he all about it. I have imitated him. If this film performs, it will be because of him.”