Digital celebrity Vishal Pandey recently shared a quirky video with Aamir Khan, who was promoting his upcoming movie Laal Singh Chaddha. In the video, the two were seen indulging in some fun banter and were also seen enacting the popular ‘Masti Ki Patshala’ hook step from the 2006 movie Rang De Basanti. In this amusing video, Vishal is seen performing a small act with Aamir Khan who is currently busy with the promotions of his forthcoming film Laal Singh Chaddha. 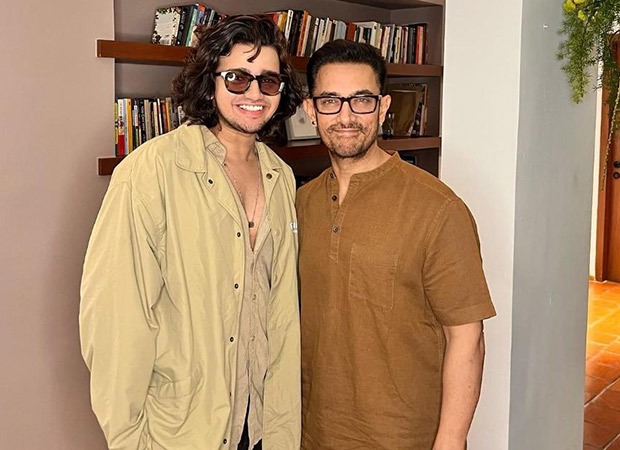 Vishal Pandey, who is a fan of the Rang De Basanti actor, couldn’t share his excitement and recently spoke about the experience of shooting with the Bollywood superstar. He said, “I feel so privileged and grateful that I got to work with the man himself Aamir Khan. At first I was nervous and it was like I will have to be perfect and on point with the act because it is him who I will be performing with. He is known for his perfection but he was so grounded and all hearts. He made me feel so comfortable and motivating. It was a one of a kind moment. There is indeed nobody like him in Bollywood. He truly is legit and I wish, one day I get to work with him on the big screen.”

Expressing his gratitude Vishal also shared a post with Aamir on social media, with a caption stating, “…and then he told me Aal Izz Well❤️ Had a blast with legit perfectionist”

This is not the first time that Vishal has shared the screen with a Bollywood star. Previously, he was seen grooving with actresses like Jacqueline Fernandes, Shilpa Shetty and other celebs.

Coming to Laal Singh Chaddha, the film also stars Kareena Kapoor Khan, and is an official remake of the Hollywood film Forrest Gump. Directed by Advait Chandan, the film is slated to release on August 11.