Fast and the Furious actor, Vin Diesel, who plays ride-or-die street racer Dominic Toretto, on Sunday, made an impassioned plea for his former co-star Dwayne Johnson to return to the action franchise for its penultimate film. 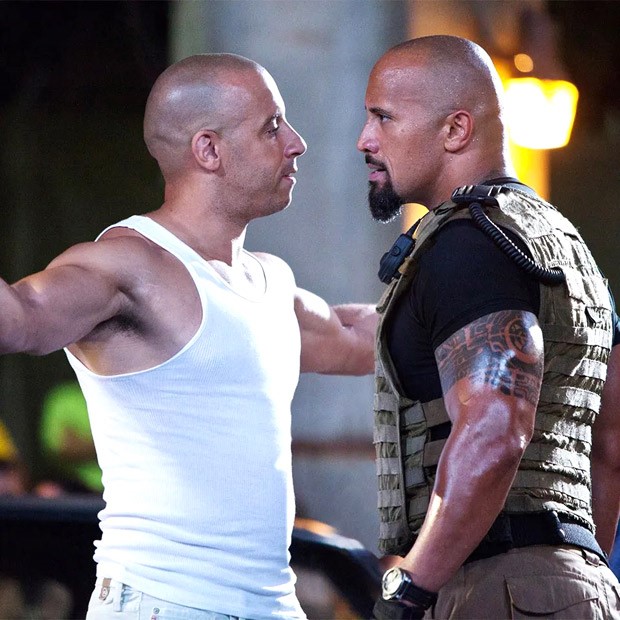 Taking to his Instagram, Diesel wrote alongside a still of the two actors,” My little brother Dwayne... the time has come. The world awaits the finale of Fast 10. As you know, my children refer to you as Uncle Dwayne in my house. There is not a holiday that goes by that they and you don't send well wishes... but the time has come. Legacy awaits."

Diesel went on to bring up "Pablo," aka the late Paul Walker, and his promise to his friend that he would make "the best Fast in the finale that is 10." But he's convinced that can't happen if Johnson doesn't return. "I say this out of love," he continued, before going on to pressure him that he has to show up and can't leave the franchise hanging.

"You have a very important role to play. Hobbs can't be played by no other. I hope that you rise to the occasion and fulfill your destiny," he concluded the post.

The note comes after Johnson made it clear in July that he has no interest in returning to the franchise, which he hasn't been a part of since the 8th installment. Part of the reason Johnson refuses to return has to do with his ongoing feud with Diesel. The two have been at odds for years, after production wrapped on 2016's The Fate of the Furious. Johnson made an Instagram post where he referred to some of his male co-stars as "candy asses" and reports eventually surfaced that Johnson was referring to Diesel with his words.

Johnson joined the Fast family in 2011's Fast Five, playing hard-nosed cop Luke Hobbs. He remained in the cast for the next four films and headlined in his own spin-off Hobbs vs Shaw but was absent from the recent F9.It remains to be seen whether or not Diesel's plea will get Johnson back on set.

F9: The Fast Saga was one of the few bright spots for a regrowing theatrical market over the summer. The Universal release grossed $173 million domestically and $721 million worldwide. The next series entry is set to hit theaters on April 7, 2023.