Vijay Deverakonda had the country shook with his latest poster from Liger, which released on July 2 as it is all that the nation has been talking about till now, especially the women. 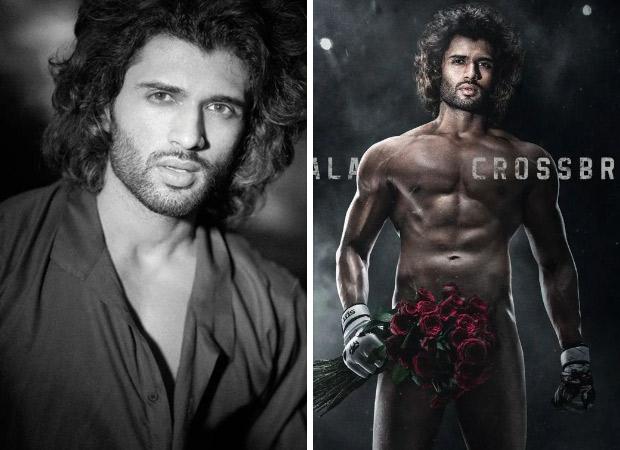 Taking to his social media, he shared a portrait of himself and the caption has a reference to the most viral poster. Vijay shared a breathtaking black and white photo of himself today wearing a half open shirt and wrote, "Unbuttoning - before the shot that broke the internet. #Liger".

Liger poster was unveiled during the weekend in which a nude Vijay Deverakonda was holdings a bunch of red roses.

Vijay will be seen playing an MMA artist in his highly anticipated Pan-India film, Liger releasing on August 25, alongside Ananya Panday in the Puri Jagannadh directorial. In association with Puri connects, the film is being produced jointly by Bollywood’s leading production house Dharma Productions. Puri Jagannadh, Charmme Kaur, Karan Johar and Apoorva Mehta.

Liger is slated for release on August 25 in Hindi, Telugu, Tamil, Kannada and Malayalam.