The original Arjun Reddy aka Vijay Deverakonda recently arrived in Mumbai to meet Karan Johar, who recently bought the rights of the Telugu actor’s next film Dear Comrade. During his recent visit to the city of Bollywood, the actor also met up with some popular and renowned journalists from the industry. During one such interview, he discussed about the backlash that the Shahid Kapoor starrer Hindi remake of his Telugu blockbuster, Kabir Singh received and also the comments about abuse and love made by Sandeep Vanga on public platforms. 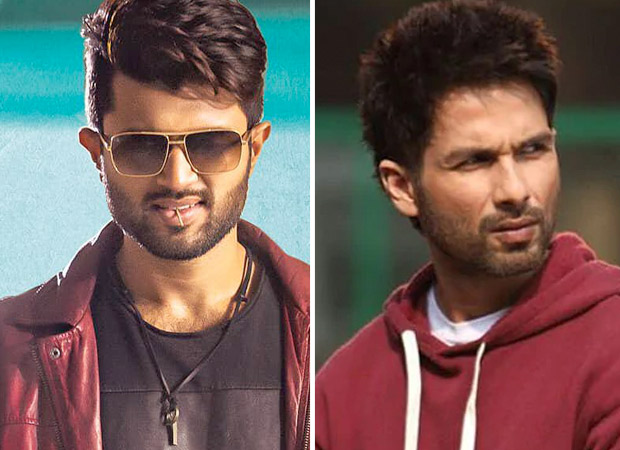 Vijay Deverakonda put forth his outlook wherein he referred to the ongoing criticism by stating that in Telugu, there were comparatively lesser negative impact but it cannot be denied that he too faced a little backlash and accusations of toxic masculinity. Describing his perception he maintained that, if people didn’t like Arjun Reddy, then he completely supports them because the character was made in the same way. He also said that if anyone would have met Arjun in real life, they would probably never like him and that is perfectly fine.

On the other hand, Vijay also addressed the way many have been slamming Sandeep Vanga for the film. Vijay, who has worked with the filmmaker in Arjun Reddy, maintained that neither his film nor Kabir Singh are about anti-women and that whatever Sandeep expressed recently was just the way he perceives love. For the uninitiated, in one of the interviews, the director had said that if he can’t touch a woman or slap a woman, then it is not a relationship at all. This has sparked a major outrage amongst feminists. Addressing the subject and explaining another point of view was Vijay who stated that love can be perceived differently by many individuals.

For  Sandeep, he maintained that love is when he is deeply connected to a woman, is intimate and a relationship where they can abuse each other, hit each other and still be happy with each other. On the other hand, someone who have come a much more abusive background, for them, this may seem unfair and unloved! Vijay went on to explain that every individual is unique and so is their love. A relationship cannot be fitted within a box or a frame and expect everyone to follow it, added the Arjun Reddy star.

Many Bollywood actors too have expressed their displeasure over the comments made by Sandeep Vanga in the past about the scene where Shahid Kapoor slapped Kiara Advani in the film. Interestingly, there is a similar scene in Arjun Reddy too which was picturized on Vijay Deverakonda and Shalini Pandey.