We all know Varun Dhawan never misses a chance to poke fun at his co-stars and this time, it's his Bawaal co-star Janhvi Kapoor falling victim! In a new funny video, Varun was seen teasing Janhvi Kapoor on the occasion of Guru Purnima. 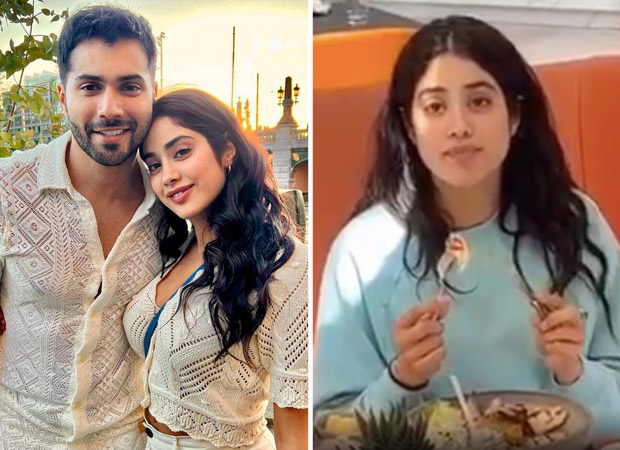 The actors are currently in Europe shooting for their upcoming movie Bawaal. In the video posted by Varun on his Instagram Story, the actor was behind the camera, poking fun at Jahnvi who was seen eating food when Varun is wishing her ‘Happy Guru Purnima’.

However, it doesn't impress Janhvi, and she asks him to say it with more emotion. When Varun repeats, the Roohi actress is still not pleased and asks him to add more emotions. On hearing this, irritated Varun says, "Khana kha (Eat your food)".  To this, Janhvi says, "God bless". Varun captioned the video, “Not my guru."

Varun Dhawan and Janhvi Kapoor are currently busy shooting for Nitesh Tiwari's Bawaal. The duo started filming for the movie earlier in April in Lucknow, Uttar Pradesh, after which they filmed for a while in Amsterdam. They have been working in various locations in Europe as well, from Amsterdam to Poland. They also visited the Auschwitz Camp.

Also Read: Varun Dhawan and Janhvi Kapoor visit the Auschwitz Memorial in Poland for the next schedule of Bawaal