Actors Varun Dhawan, Abhishek Banerjee, and Kriti Sanon, earlier this month, headed to Arunachal Pradesh to kick off the shooting of horror-comedy Bhediya. The film is being helmed by Amar Kaushik and it will have a marathon schedule. Varun has been thoroughly enjoying the shooting schedule in Arunachal Pradesh and giving a glimpse to his fans. 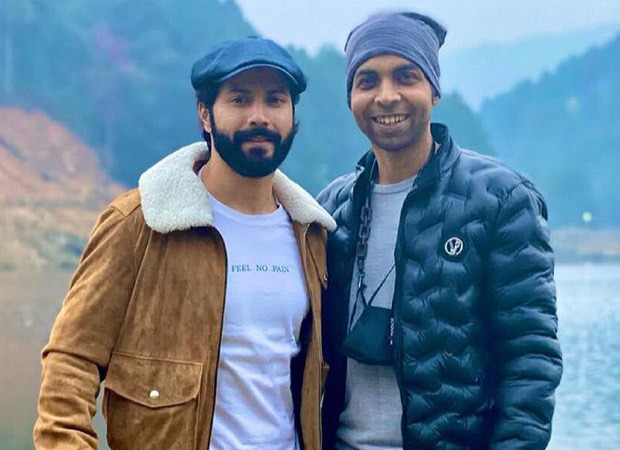 The actor shared a picture with his co-star Abhishek Banerjee on Tuesday showcasing the picturesque beauty of the location they are shooting at. He wrote, "Memories made forever @nowitsabhi #teambhediya."

Speaking exclusively to Bollywood Hungama, producer Dinesh Vijan of Maddock Films recently stated that since the movie is action-driven, there will be action directors coming from abroad. “Bhediya is a very intense film, with a global crew comprising of action directors from South Africa, a VFX studio from London, and talents from all over the world.”

“We are shooting in the pristine land of Arunachal Pradesh that has seldom been explored in cinema, and although we are facing some testing challenges and rough weather, the entire team is gung ho about creating something never seen before. There are difficult days, but even in those difficult days, everyone is giving their 100 percent to achieve perfection. Varun has some edgy action sequences and there will be times when he gets injured, but he is truly giving his blood and sweat to make Bhediya a special film to always remember,” he added.

ALSO READ: Varun Dhawan gets ripped for Bhediya, posts a video of himself running shirtless