Well, we all know that the makers of Kalank decided to come a little early because they all wanted to clear the path for the release of the much awaited Avengers: Endgame. And actors like Varun Dhawan who have confessed about being fans of it in the past are thrilled to watch this superhero saga. As fans too gear up for the Hollywood release, one of them had an interesting take on both the releases by having a crossover of sorts and it will definitely drive off your Monday blues! 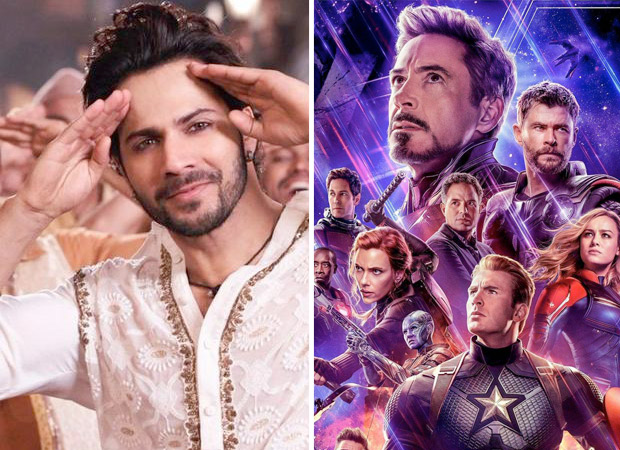 Although we got a glimpse of the same due to a post shared by Varun Dhawan, the video seem to have taken social media by a storm. It features, the villain of Avengers: Endgame, Thanos and superhero Spiderman dancing to the tunes of the song ‘First Class’ from the film Kalank. While the original song is picturized on Varun himself, the actor took to Twitter to share this video which was made using the TikTok app. Moreover, he was also impressed with this crossover and praised the same in his caption.

Kalank, starring Alia Bhatt, Varun Dhawan, Madhuri Dixit, Sanjay Dutt, Sonakshi Sinha and Aditya Roy Kapur in key roles, is directed by Abhishek Verman. Set against the backdrop of the 1940s during Independence era, the film is produced by Dharma Productions and is slated to release on April 17.

On the other hand, Avengers: Endgame, directed by Joe and Anthony Russo, which comes after Avengers: Infinity War that released last year, stars Robert Downey Junior, Chris Evans, Mark Ruffalo, Chris Pratt, Brie Larson, Chris Hemsworth amongst others. The film is expected to hit the theatres on April 26.