Even as the pandemic continues to cast its shadow of stress, Zee TV is attempting to lighten up the country's collective mood by offering its viewers an escape from all the stress via the route of rib-tickling comedy through its popular reality show, Zee Comedy Show. While the show has helped every Indian family unwind on their couch with some of India's top comedians making them LOL their stress away, this weekend, we will see the Bollywood star Urmila Matondkar entertain us by sharing some interesting anecdotes and spicy comments as she appears as a special guest during this weekend. While her ravishing personality and killer dance moves are all set to mesmerise the audience, it will be the ten comedians of Zee Comedy Show who will come together as Team Hasaayenge to make each one of us laugh out loud! 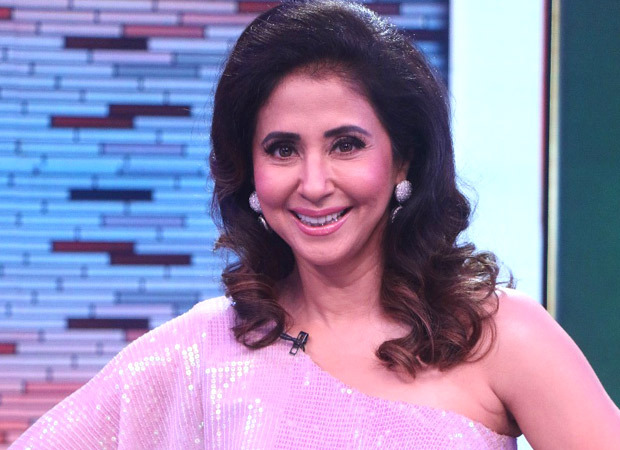 While the hilarious acts put up by all the comedians coupled with the witty reactions and comments of our Laughing Buddha Farah Khan left everyone in splits during the shoot, it was Urmila Matondkar who decided to enlighten and astonish everyone with a never-heard-before anecdote from her 1995-hit movie, Rangeela. After presenting a hilarious spoof act on the movie by Mubeen Saudagar, Chitrashi Rawat and Gaurav Dubey, Urmila recalled a very funny incident from the sets of the movie. She mentioned how she wore Jackie Shroff’s ganjee for several sequences of Rangeela’s popular song – ‘Tanha Tanha Yahan Pe Jeena’ and the reason will surely blow your mind away.

As Urmila revealed, “No one knows, but I had worn Jackie Shroff’s ganjee in Rangeela for the ‘Tanha Tanha’ song and to be honest, it was fun. The sequence had to be unique and refreshing and we were told not to do things after thinking and researching. We wanted to be natural and while we were being briefed about costumes, Jackie being Jackie told me to wear his ganjee. I was slightly apprehensive, but I went ahead with it and left everything in God’s hands. I obviously got a lot of appreciation and love, so it ended well for me.”

Farah Khan also added, “I really didn’t know this, but I must say that Urmila looked really hot in that sequence, and it turned out to be really iconic scene. I must say it was very sporting of her to shoot in Jackie’s ganjee.”

While Urmila’s revelations and her surprise performance will grab your attention, you cannot miss the comic acts by all the artists of Zee Comedy Show during this weekend’s episode.

EXCLUSIVE: Sara Ali Khan opens up on the…

Janhvi Kapoor is a sexy siren in bold…