South Korean female pop group TWICE has made their debut on the U.S. Billboard chart of Hot 100. On October 11, Billboard officially announced the news through twitter that TWICE’s new single ‘The Feels’ had entered its Hot 100 chart with its weekly ranking of the most popular songs in the United States at No. 83. 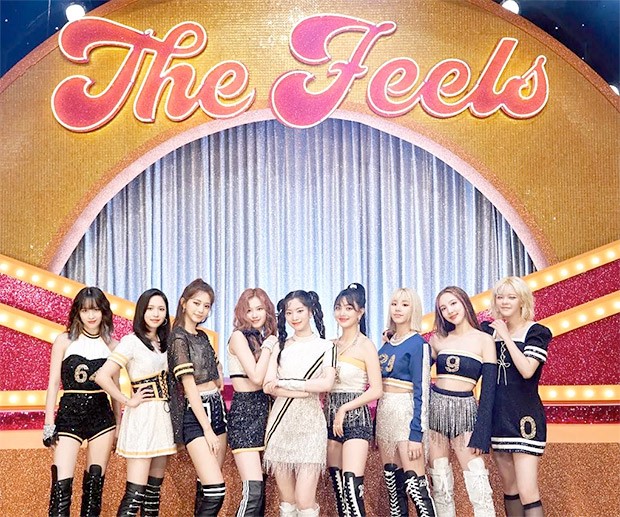 The track ‘The Feels’ has now become TWICE’s first ever song on the Hot 100 marking the group’s entry on the chart. The song also debuted at No. 5 on Billboard’s Digital Song Sales chart this week, making TWICE only the second K-pop girl group in history ever to make the top 5.

It earns the group its first career entry on the chart.

Only two other songs by a K-pop girl group have ever entered the top 5 of the chart, which measures the top-selling songs in the United States: BLACKPINK‘s ‘How You Like That’ and ‘Ice Cream’ (with Selena Gomez).

However, over on Billboard’s global charts, ‘The Feels’ debuted at No. 10 on the Global Excl. U.S. chart, marking TWICE’s highest entry yet. Last week, the song also became TWICE’s first song ever to enter the United Kingdom’s Official Singles chart.

‘The Feels’ was released on October 1, 2021 marking the group’s first official English single. At the end of the single's music video, which was also released on October 1, their third Korean studio album (sixth overall) and fourth world tour were teased. The aforementioned album, Formula of Love: O+T=<3, is scheduled to be released on November 12, 2021.

Doja Cat dons yet another unique outfit for…

Mrunal Thakur makes a case for herself with…

Pooja Hegde flaunts her toned body in a…

Siddhant Chaturvedi mesmerises with his…