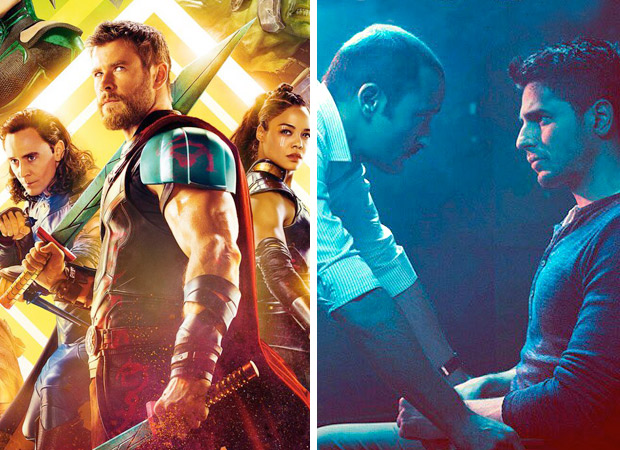 Trade experts say this discrepancy between firangi maal and desi glee was only to be expected. Says trade pundit Komal Nahata, “It is not rare for big franchise Hollywood films to outdo Bollywood films. It has happened in the past and such occurrences will be witnessed in future too because some Hollywood films are no less appealing than Bollywood films.”

Nahata feels Ittefaq was destined to be slow starter. “Ittefaq was never expected to open big as it has no songs and it had a limited release rather than a saturated or over-saturated release. The decision to go slow with Ittefaq was wise in view of the fact that its hero, Sidharth Malhotra, has not had a good run at the box-office with his recent releases (A Gentleman and Baar Baar Dekho). As against this, Thor: Ragnarok was a star-studded fare with a canvas probably 50 times that of Ittefaq.”

Commenting on the poor opening Ittefaq, trade expert Amod Mehra says, “Big Hollywood films especially those meant for children have become a big threat to Bollywood. Plus if your product is weak then you should not be surprised by the fate of your film.”

Adds Atul Mohan, “It was expected hence the low opening is not surprising. Ittefaq was targeted for audience of multiplexes. It is not a typical wide release. Thor, on the other hand, was expected for wide and huge opening all thanks to the good business these big-ticket franchise from the West are doing here. And let’s not forget: Thor is available to Indian audiences in Hindi and English.”

Adds critic Raja Sen, “It is no surprise that Thor, Marvel’s best reviewed film, opened well, but the true learning for makers of Hindi films should be that their audience is now constantly embracing good dubbed content over substandard Hindi content.”

EXCLUSIVE: Tara Sutaria on the backlash that…