Last Updated 15.08.2022 | 1:42 PM IST
feedback language
follow us on
Bollywood Hungama » News » Bollywood Features News » Trade speak: “The one factor that doesn’t go out of Akshay Kumar’s film is ENTERTAINMENT; he’s one of the SMARTEST businessmen”

A few days back, Bollywood Hungama spoke to trade experts and reported in a trade article that nearly Rs. 1200 crores are riding on superstar Akshay Kumar. He also earned praise from all quarters for taking the risk of releasing his much awaited film, Bellbottom, as early as on July 27, 2021. In the second part of the trade story, we further ask the pundits about Akshay Kumar, what makes him such a popular actor and a lot more. Trade speak: “The one factor that doesn’t go out of Akshay Kumar’s film is ENTERTAINMENT; he’s one of the SMARTEST businessmen”

What makes him tick with the audience as well as exhibitors?
From exhibitors to audiences, everyone loves Akshay Kumar. Even if you categorize it further, then the single-screen as well as the multiplex owners, and among the audiences, the classes and masses all wait for his films. How did he manage to tick with all of them, a rare feat in today’s times?

Akshaye Rathi, film exhibitor and distributor, emphasizes, “The one factor that doesn’t go out of his film is entertainment. Even if he’s making a Pad Man or a Toilet - Ek Prem Katha, it’s been laced with enough entertainment. His films never become preachy. Even if he wants to convey a good message to society, he does it in an entertaining manner which is stereotypically the Rajkumar Hirani format. If you want to convey a great social message through a film, make it palatable to a large audience and make more people want to hear that message. That is something that people like Akshay Kumar and Rajkumar Hirani are fantastic at doing.”

Trade analyst Amod Mehra says, “He’s playing unconventional roles. He’s followed the footsteps of Aamir Khan to do films that are different. He’s made films like Toilet - Ek Prem Katha and Pad Man. While Aamir Khan made a social TV show, ‘Satyamev Jayate’, on these issues, Akshay Kumar made films out of them. When he started his career, he was an action hero. Then he switched to comedy and did a lot of slapstick films. Right now, he’s not playing conventional hero roles. That is why he has succeeded so far and he has done so well.”

Healthy balance between commerce and content
It is believed that doing multiple movies can go against you as the quality might get affected. Yet, it’s a feat that Akshay Kumar has been able to maintain the equilibrium between commerce and content. Trade analyst Taran Adarsh is amazed by this quality, “That’s the best thing. Commerce and content have to go hand in hand. Otherwise, aap content banaoge but commerce nahin hai, toh it will boomerang. I am sure when Akshay is sitting down with his investors or producers or directors, factors like investment, returns and content all are given importance. Most of the actors do that. But Akshay stands out as he is perhaps the only one who locks the script, starts shooting, no questions asked, completes it and moves on to the next. He’s utilizing his time very well.” 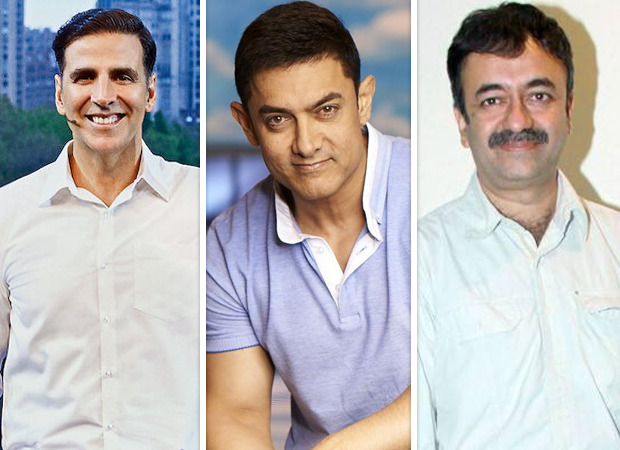 Akshaye Rathi adds, “There are two elements to it. One is the amount of time he takes to shoot, which is pretty compact. What needs to be factored in is the amount of time that he probably spends in choosing those right scripts and making sure that they are entertaining enough. What happens on the set is only the execution. It’s the planning and the right kind of scripting that plays an important part. Some of the biggest films of the world have been shot in a very rapid period. All it requires is a huge degree of efficiency and planning. That’s something that we as an industry need to optimize ourselves around.”

Akshaye Rathi makes a valid point, “He’s one of the smartest businessmen. Many others are just as smart. For instance, Shah Rukh has been phenomenal. He’s built businesses driven by his brand name, like Red Chillies Entertainment, Red Chillies VFX, Kolkata Knight Riders, KidZania etc. Shah Rukh Khan’s stardom got rubbed off onto them and has given them a whole lot of advantage over other competitors. So, Shah Rukh is as astute and fantastic as a businessman, and so is Akshay Kumar, John Abraham etc.

Amod Mehra states, “It clearly shows that Aamir Khan is feeling jealous that he couldn’t balance different kinds of cinema like Akshay. And he’s basically praising Akshay Kumar for managing it.”

Also Read: Akshay Kumar and Ahan Shetty to come together for Sajid Nadiadwala’s next