Tiger Shroff has been having a hectic schedule of late, courtesy, Student Of The Year 2 promotions. While the film is nearing its release date, the promotions for the same is only getting extensive as the stars of the film including debutants Ananya Panday and Tara Sutaria have been city touring for the film. Recently, Tiger had injured his leg during this schedule but the actor continued with the promotions with equal enthusiasm! Not just that he won hearts yet again with his sweet gesture wherein he obliged fans requests even when he was on a wheelchair leaving everyone around him impressed with his dedication! 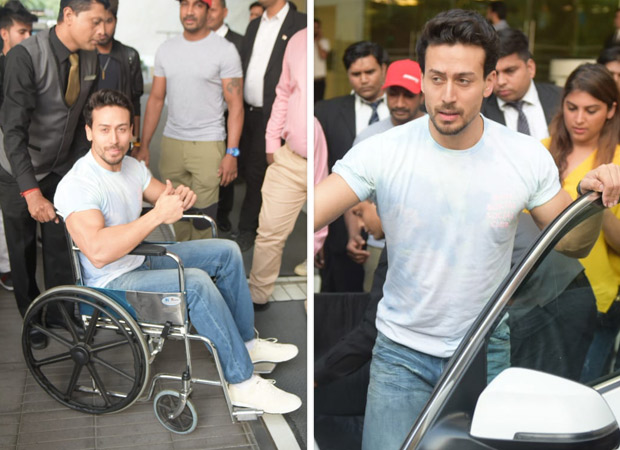 Travelling across the country, Tiger Shroff was recently expected to join co-stars Ananya Panday and Tara Sutaria on stage for a pre-planned performance as a part of the Student Of The Year 2 promotions. The actor, however, suffered a leg injury right before the performance. Despite that, he went on to perform with them on stage but the injury worsened, so much so that the actor had to take a wheelchair later. Even though his condition worsened, the Baaghi actor didn’t leave any fans disappointed. 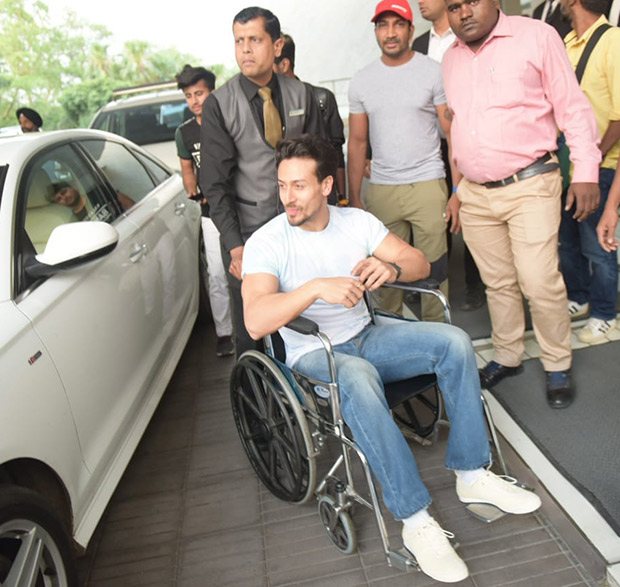 Right before entering the car after he got off from his wheelchair, the actor obliged some fans’ requests. He even picked up one of the boys who came to greet him and posed with him for the camera. Here’s the video of the same:

The pain did not go it got worse for #TigerShroff

Student Of The Year 2 is directed by Punit Malhotra and produced by Karan Johar. The film is a completely different story compared to its prequel as it will explore a new batch of students. It is slated to release on May 10.