Yash Raj Films' upcoming mega-action adventure Thugs Of Hindostan is bringing Aamir Khan and Amitabh Bachchan together to the big screen for the very first time. While the full fledged promotions will start pretty soon, Aamir kickstarted the promotions by appearing on Amitabh Bachchan's, Kaun Banega Crorepati. It was after five years that the duo came together on the game show. 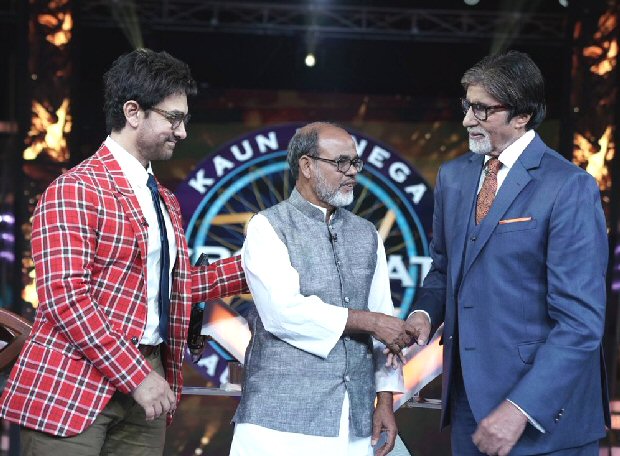 Amitabh Bachchan took to Twitter to share pictures from the episode and captioned them, “Honouring on KBC KARMVEER .. Jallauddin Ghazi .. an incredible human , who had begged on the streets of Kolkata, now worked and opened 2 schools for children that cannot have money to go to school !Aamir a guest.”

As far as answering questions were concerned, Aamir Khan cleared the multiple-choice question rounds with ease but he also insisted on playing ahead when the timer went off. As the celebrity episodes are go on for one hour and the hooter is played when the time is up, Aamir did not give up. Instead, he was interested in knowing what the next question was and keenly wanted to test his general knowledge. It was the first time in the 18 years the KBC team played a demo question. However, as the time was up, it might be featured in the final version of the episode. Interestingly, Aamir Khan was widely impressed with the questions and was surprised to know how no questions have been repeated in the last 18 years. 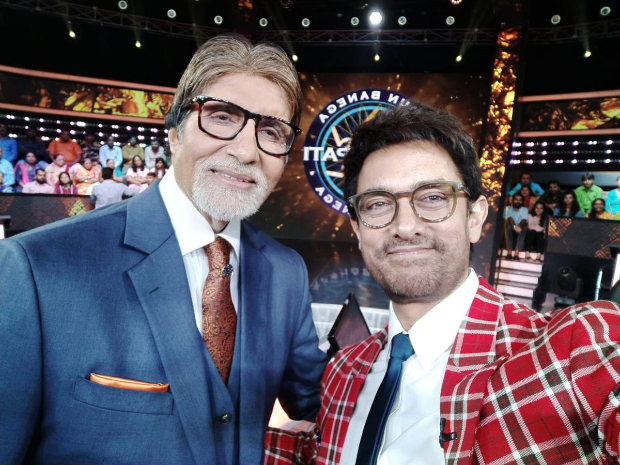 Aamir Khan was joined by Gazi Jalaluddin, a 64-year-old who runs an orphanage and two schools in West Bengal. Aamir donated the money earned from the episode to this charity to support child education. The episode will air soon on Sony TV.

Meanwhile, Thugs of Hindostan, is set to release on November 8, a national holiday, in Hindi, Tamil and Telugu.

"I think the increasing number of suicides…