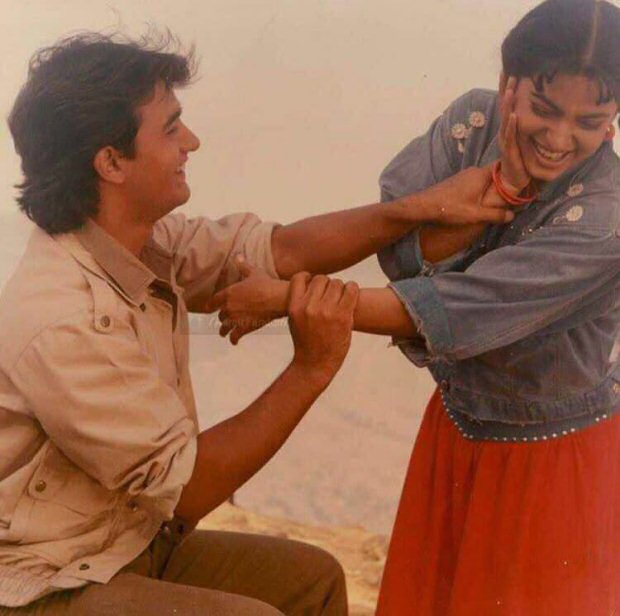 The year 1988 saw the debut of two of the finest actors, Aamir Khan and Juhi Chawla with their romance drama, Qayamat Se Qayamat Tak. The film went on to become one of the most successful films starring two debutantes. As the film will complete 30 years in 2018, the film has become even more special.

In fact, Juhi Chawla‘s throwback photograph will bring back those memories. Juhi shared a candid moment from the shooting of the film and it will make you nostalgic. It seems like Aamir Khan is teasing Juhi Chawla in this candid shot and they look in a playful mood. She captioned it, “Stumbled upon this! All it took was one picture to walk down memory lane again…@aamir_khan.”

Aamir Khan and Juhi Chawla, post their debut, went onto star in several movies together as the filmmakers loved their chemistry. They starred in films including Hum Hain Rahi Pyar Ke, Tum Mere Ho, Love Love Love, Ishq among others.