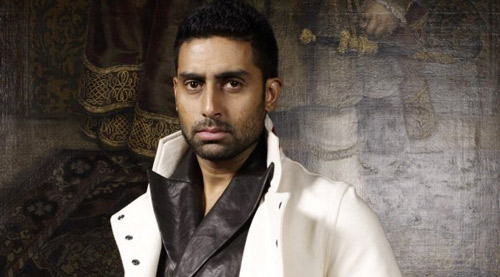 (at Kolkata's Eden Gardens), the stadium was full of cricket fans, which included the likes of Amitabh Bachchan, Sachin Tendulkar, Mukesh Ambani, Abhishek Bachchan and others.


With Abhishek Bachchan in the 'picture', the twitter just could not stop trolling about his presence in the match. A certain user named 'EngiNerd' (with the handle '?@mainbhiengineer') also started

(in his trademark humour) replied "@mainbhiengineer haha. Good try! "Least known celebrity"? Isn't that a bit of a contradiction? Chalo at least you think I'm worthy of a tweet".

Post that, 'EngiNerd' clarified "@juniorbachchan Sir honestly I think, u r worthy of not just a tweet but a million tweets. But not worthy enough to get my 3hrs & 300 rupees.". To which, Abhishek

Bachchan, while explaining him the 'mathematical equation', said "@mainbhiengineer well a million tweets will most probably take you a lot more than 3 hrs and will cost you more than 300rs. U do


And when 'EngiNerd' tweeted, "@juniorbachchan Sir script can generate million tweets in secs, but unlike your films I want you to get the real love not the mechanical, you can totally expect sense

are Mainbhiengineer. That makes complete sense and logic! Well done."