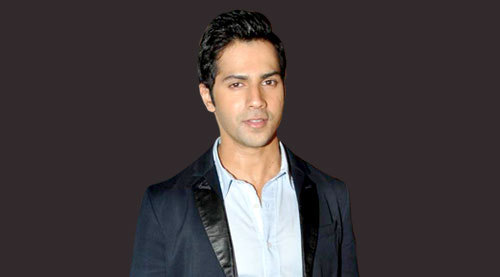 Barely six months after his very successful Humpty Sharma Ki Dulhaniya, Varun Dhawan is coming back on the big screen in a diametrically opposite role. With a dark setting that director Sriram Raghavan has created for Badlapur, Varun would be seen in an altogether different avtar. Even as his face-off with Nawazuddin Siddiqui is much awaited in this dramatic thriller which has also shaped up as a musical, considering its chartbuster tracks, Varun Dhawan bares his heart out about the film which he admits to have drained him inside out.

I am sure when you picked this film; quite a few around this must have said that it is risky to step out of your comfort zone, right?

Many people came and said that to me but honestly, I didn't deal with them. I just told them that I wanted to do the film. I made my own decision.

So when you actually went ahead with this decision, how was it for you to find yourself in an out and out dramatic set up?

For a very long time I wanted to get my hand on a script which carried a lot of drama. It doesn't mean that drama had to be over the top or melodramatic; it had to be in its truest form which went well with the subject in question. The kind of tension that you see in Badlapur is unparalleled. When I heard the script at that level, I was amazed. And then when I got to know that it had happened in real life to someone, I was totally bowled over.

Considering the fact that Sriram has made dark films like Ek Haseena Thi and Johnny Gaddaar that were much acclaimed, did that make the job easier for you to pick Badlapur?

The story and the belief that he came with, I knew for sure that he wanted to make a good film. I think everyone who came on board, be it Dinesh Vijan or Sunil Lulla, carried the idea of making a good film. No one thought that 'commercial ho jaayega thoda toh aur achcha ho jaayega' and all that. There were no such thoughts to corrupt us into making something that we didn't intend to in the first place. No such intentions were there at all.

Other than Divya Dutta, you have a lot of ladies around you in the film, be it Yami Gautam, Huma Qureshi or Radhika Apte. How does this combination play in the film?

I feel these young women are really brave. The way they have performed their roles, they have demonstrated themselves as true actors. I hope the audience sees integrity in their performance. My relationship with each one of them is very different in the film. We meet at certain points in time during the film's narrative. In real life, these girls were far more mature than I, even though they are my age (laughs).