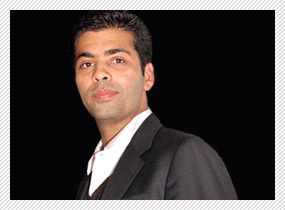 After weeks of suspense and heartburn, there is good news for Priyanka Chopra. She has got a clean chit from Karan Johar and the filmmaker can now be expected to celebrate his now-renewed friendship and professional alliance with a new film in near future.

"Though it wasn't exactly a war of words between the duo, it was apparent that there was tension between Karan Johar and Priyanka Chopra. There is no point digging in the past of what really happened, but Karan is now letting bygones being bygones. It is good news indeed for Priyanka since she just couldn't afford to be sidelined by one of the most premium production houses of Bollywood. With Karan now publicly announcing the call of 'all is well', Priyanka can heave a sigh of relief", comments an insider.

Though Karan has an assortment of top leading ladies, viz., Kareena Kapoor, Katrina Kaif and Deepika Padukone who are just a call away, the return of Priyanka Chopra adds on to the clout of Dharma Productions too.

"Well, I can say that there is absolutely no problem between Priyanka and me", declares Karan, "We have had an extremely good professional and personal experience over the years. I hope it continues that way."

One just hopes that these are not mere words and there are films waiting to happen between the duo as well. With Karan's ever expanding plate of films in months to come and some important announcements waiting to happen, can Priyanka expect to feature in the scheme of things?

"Why not? Priyanka has worked in two of our important films (Dostana, Agneepath). I am sure we would work together again", assures Karan before signing off.