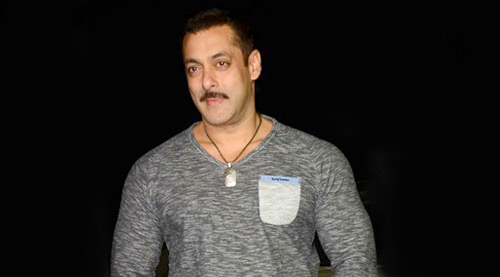 Salman Khan at 50 is different from Salman at 40, even 45. He has mellowed. He is subdued. Fate has forced him to iron out the rough edges in his personality. Earlier he was

quite the enfant terrible. One would never know what he would say at the most inopportune moment. Right before a television interview to promote one of his recent films Salman had heckled and

taunted a leading film critic making the most objectionable remarks and observations about the journalist's personal life.

The entire episode is on camera. But even if Salman knows this he wouldn't care. He would do exactly what he wants. He typifies what the distinguished Harivansh Rai Bachchan wrote. Mann ka ho toh

achcha na ho toh zyada achcha. If Salman gets what he wants, fine. If not even better.

When the honourable Judge announced his acquittal in the hit-and-run case Salman showed no emotion. He was prepared either way. Nor is he in the mood to celebrate his 50th birthday in a bigger way

than usual just because he is lighter at heart after the court verdict.

Salman never changes. He is exactly the same during his reign of superstardom as he was when he went through a lean patch from 2004 to 2008 when almost all his films flopped. Salman was exactly the

same then as he is now. What has changed is the penchant for losing his cool at the drop of a hat, for creating scene without caring about whom he embarrasses.

I've been at the receiving end of his aggressive attention-seeking when several years ago in what must rank as the most eventful night of my life, Salman, and my friends Sanjay Bhansali and Kareena

Kapoor were together. Salman drank non-stop the entire evening. He created a scene at a club where we stopped for dinner. Then he insisted on accompanying us back to my hotel where I just wanted to

crawl under the sheets and never show my face again. But Salman insisted on coming up in my room. I had to finally ask him to leave. He pretended to leave, hid behind the exit door then returned

When I narrated this to Katrina she was quiet and then she answered, "He was doing it to rattle you."

That was Salman back on those days. He was his own man and if you insisted on getting uptight about the way he was, he would give you more of the same until you squirmed and recoiled. Now Salman

has done away with the sharp edges in his personality. He is a lot mellower
now than he was ten years ago, and a lot more tolerant (oops, that forbidden word) of people who are not on the same wave-length as he is.

At 50 Salman has the world at his feet. His career as at a zenith. Anything he touches turns into gold. But is he happy? Doubtful. Salman has been extremely lucky with his family-life and career,

but singularly unfortunate in love. Almost every woman he loved he wanted to marry. But they had other plans.

It would appear as if Salman is a lonely man. He wants a wife and kids. But he isn't sure if such a routine existence can be accommodated into his life. Salman loves child. But at 50 he is too much

of child to take up the responsibilities of fatherhood.