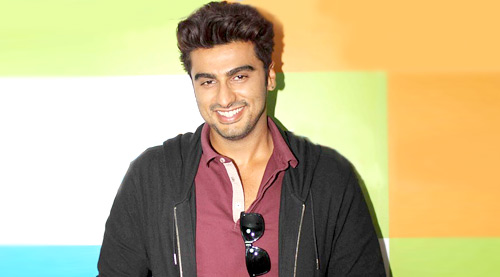 It all started with his ruffian act in Gunday which was followed by a much subtle performance in 2 States. In an eventful year so far, Arjun Kapoor has rounded it up with a critic-friendly Finding Fanny and can now afford a breather of sorts, what with his out and out 'masala' film Tevar kick-starting 2015.

"He couldn't have asked for more," says an insider, "Finding Fanny was supposed to be a film that showcases Arjun as a performer and in that aspect, the youngster has done well. Though the film was running on the star power of Deepika Padukone with seasoned actors like Dimple Kapadia, Naseeruddin Shah and Pankaj Kapur leading the show, Arjun Kapoor hasn't gone unnoticed. On the contrary, he has turned out to be the surprise package of the film, especially in the conclusive moments where his outburst turned out to be a highlight. He could have gone the Gunday way but he managed a restraint."

Of course there have been murmurs around mainstream actors like him and Deepika seemingly 'acting' when it came to stage, setting and narrative of an English film. However for someone who has just started off in the industry, Arjun is happy to have received a larger share of acclaim than criticism.

"In a largely satisfying year where Arjun's three films so far have accumulated over 200 crore (2 States crossed the 100 crore mark, Gunday was in the vicinity of 80 crore while Finding Fanny has gone past 20 crore), the youngster is maintaining a good strike rate so far, what with newer set of fans being accumulated over a period of time," a prominent distributor adds, "Now is the time for him to consolidate and Tevar is just the right film at the right time."

With Sonakshi Sinha in lead, this Eros & Sanjay Kapoor production has things going right on paper already, with 'Google ad' fame director Amit Sharma making his debut for a feature film. Since Manoj Bajpayee is adding further weight to the proceedings (supposedly in the part of a villain), it is expected that Tevar would give a perfect kick-start to the New Year with its 9th January release.

"The film is already fetching some good prices for theatrical rights. For the makers, Arjun's stardom coupled with 'shuddh desi hindustani' appeal of the film is allowing them good returns," the insider adds, "Arun has been making the right moves so far and he has to just keep the momentum on. Of course once in a while he can choose to experiment the way he did with Finding Fanny. However, for some more time at least, it would only do good to him if he builds an image a la Ishaqzaade, Gunday or Tevar. As an angry young man with some 'tevar' to show, he is pretty much filling the slot."