Singer Taylor Swift is back with more music. A day ago, she announced her eight studio album 'Folklore' and that she would be dropping the album at midnight on July 24. The music video for the lead track 'Cardigan' is here and the aesthetic of it so ethereal. 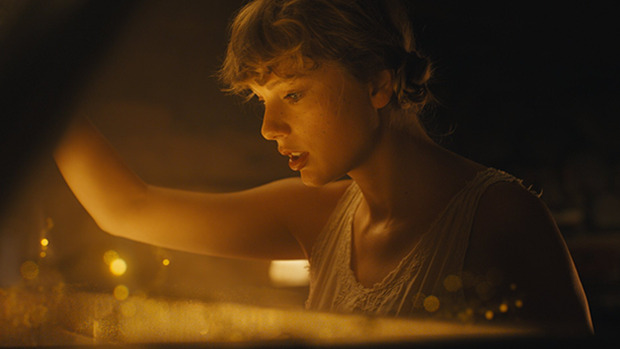 "In isolation, my imagination has run wild and this album is the result, a collection of songs and stories that flowed like a stream of consciousness. Picking up a pen was my way of escaping into fantasy, history, and memory. I’ve told these stories to the best of my ability with all the love, wonder, and whimsy they deserve. Now it’s up to you to pass them down. folklore is out now," she wrote on Instagram. "I knew you tried to change the ending, Peter losing Wendy. The #cardiganMusicVideo is out now."

"And when I felt like I was an old cardigan / Under someone's bed / You put me on and said I was your favorite," she says as she experiences the fantasy world of magic and danger. Sitting in an attic, playing piano when she discovers this world and her experiences whirlwind of emotions. "A friend to all is a friend to none / Chase two girls, lose the one / When you are young they assume you know nothing / But I knew you / Playing hide-and-seek and / Giving me your weekends, I knew you / Your heartbeat on the High Line / Once in twenty lifetimes." The music video is aesthetically pleasing and can we say, it is exquisite.

"The music video for “cardigan” will premiere tonight, which I wrote/directed. A million thank you’s to my brilliant, bad ass video team - Cinematographer Rodrigo Prieto, producer Jil Hardin, executive producer Rebecca Skinner, AD Joe ‘Oz’ Osbourne, Editor Chancler Haynes, special effects wizards David Lebensfeld & Grant Miller and set designer Ethan Tobman. The entire shoot was overseen by a medical inspector, everyone wore masks, stayed away from each other, and I even did my own hair, makeup, and styling ," she wrote.