Singer Taylor Swift is back with more music. A day ago, the 30-year-old singer announced that she will drop her eight studio album 'Folklore' at midnight on July 24. The music video for the lead track 'Cardigan' was released earlier in the day and the aesthetic of it so ethereal. But, we noticed that she mentioned India in one of her tracks that has left Indian Swifties emotional. 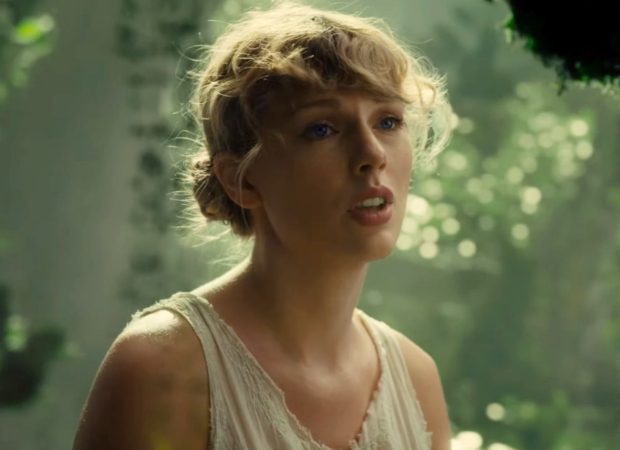 The chorus of the seventh track from the album called 'seven' goes like, "Sweet tea in the summer / Cross my heart, won’t tell no other / And though I can't recall your face / I still got love for you / Pack your dolls and a sweater / We'll move to India forever / Passed down like folk songs / Our love lasts so long."

As fans are enjoying the surprise album and hosting virtual listening parties, they can't help but get emotional over the song which is a blend of piano and instrumentals.

Here's how Indian fans responded to the emotional ballad 'seven':

Okay so who's gonna tell her she doesn't need a sweater if she comes to India! It's hot here ???????? @taylorswift13 #Folklore @taylornation13 pic.twitter.com/jSTmYmTQwF

"WE WILL MOVE TO INDIA FOREVER"
INDIA IS THE FIRST COUNTRY NAME TO EVER DEBUT ON TAYLOR SWIFT'S LYRICS. FOR ALL THESE YEARS SHE DECIDED TO ATTACK US LIKE THAT. TAYLOR MY WHOLE COUNTRY IS YOURS.???? #folklore pic.twitter.com/hUnxELj6k1

Folklore tour India is not a dream anymore it's a reality she said "we'll move to India forever" pic.twitter.com/nu6hT4eIPu

taylor mentioned india why is no one talking about that. poc rights #folklore

TAYLOR we Indian Swifties will love to see you here one day, please come to India and give us a concert in future ????????????

manifesting taylor touring in india and she sings seven and we'll all scream "we'll move to india forever" pic.twitter.com/yiPL18vFFV

"Pack your dolls and a sweater
We'll move to India forever
Passed down like folk songs
Our love lasts so long"
- seven, #Folklore

Pack your dolls and a sweater,
We'll move to India forever

Along with the announcement, she released a bunch of photos and a tracklist. The album will consist of 16 tracks and the deluxe version will have a bonus track. "folklore will have 16 songs on the standard edition, but the physical deluxe editions will include a bonus track “the lakes.” Because this is my 8th studio album, I made 8 deluxe CDs & 8 deluxe vinyls available for 1 week Each has unique covers & photos."

ALSO READ: Taylor Swift takes you through the fantasy world in Cardigan music video from her eight studio album Folklore