These days, there is social media outrage for everything. In the absence of movies at the theatres, the attention has shifted to OTT featurettes. A lot of web shows are under the scanner for 'hurting religious sentiments'. The I & B Ministry is also discussing laying out stricter rules for content display on the digital platforms. So going forward it might be difficult to watch series that claim to be deeply rooted in the country. 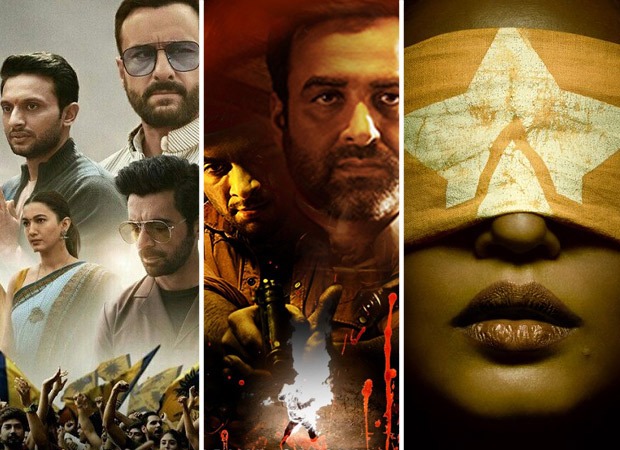 So before such content becomes a thing of the past and these shows are banned, here're some of them that you can watch to know what the fuss is all about

1. Tandav - Amazon Prime Video
This web-series is in the thick of things lately. The cast is fighting in the court to resist arrest. Again, religious sensibilities are hurt here for a scene involving Mohammed Zeeshan Ayyub. The story is about a scion of a political legacy who wants to be the next PM of India but hits many roadblocks to reach his agenda.

2. Mirzapur - Amazon Prime Video
People loved everything about Mizapur's grungy and gun-toting narrative and then suddenly they didn't. This series too might get the boot from the platform soon if they try to avoid another controversy. The story again is about a family's incessant urge to cling to power by hook or by crook.

3. Aashram - MX Player
Both the seasons of Aashram courted controversy and yet all these people watched the series anyway. The story is about a dhongi Baba and his manipulative ways of garnering immense wealth.

4. Leila - Netflix
Leila speaks about marriage outside their religion and its dire consequences. It had outraged many when it hit the streamer first.

5. Gandi Baat - Alt Balaji
Although we aren't sure of this, the possibility can't be ruled out that this series might get impacted too. The series is adding seasons after seasons to its list with illicit and sexual content. So if you enjoy such a show, make sure you watch it before it gets the axe.