On Monday, actor Vidyut Jammwal sent across a tight virtual hug to Home Minister Amit Shah. Well, it was not intentional. The actor was responding to a tweet by actor Amit Sadh where he praised the trailer of Khuda Haafiz. 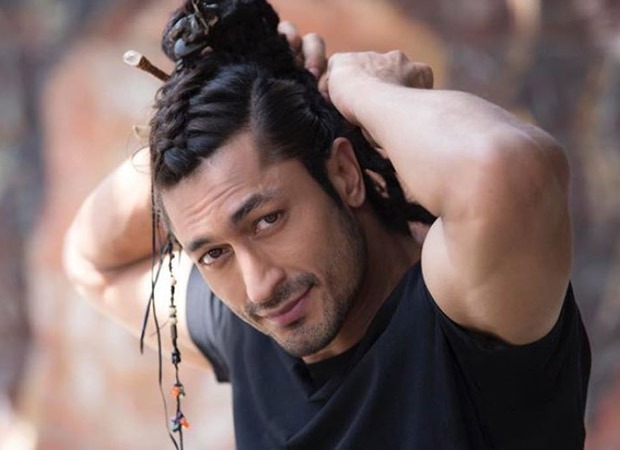 Vidyut Jammwal retweeted the tweet and wrote, “Thank you @AmitShah ..A tight virtual hug to you.” Instead of tagging his Yaara co-star he ended up tagging the Home Minister of the country. 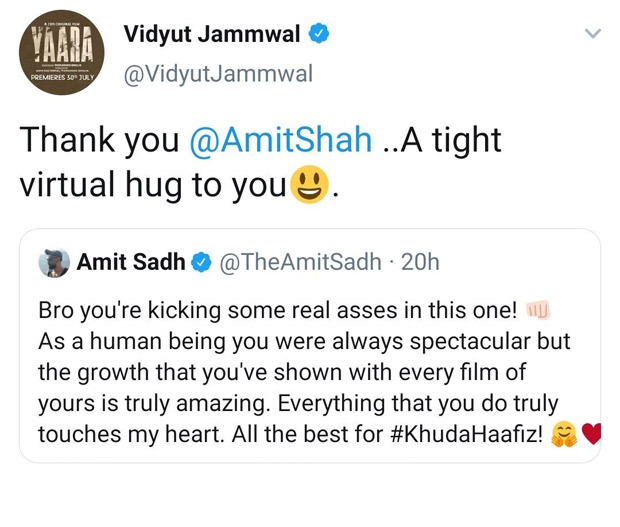 However, Vidyut Jammwal soon corrected his mistake and thanked Sadh in another tweet, in a hilarious way. “Thankyou @TheAmitSadh...A tight virtual hug to YOU...I hope it reaches you on the right address,” he wrote.

Thankyou @TheAmitSadh ...A tight virtual hug to YOU????...I hope it reaches you on the right address ???? https://t.co/pOocvFHCMa

Meanwhile , praising Jammwal after watching Khuda Haafiz trailer, Sadh wrote, “Bro you're kicking some real a**** in this one! As a human being you were always spectacular but the growth that you've shown with every film of yours is truly amazing. Everything that you do truly touches my heart. All the best for #KhudaHaafiz!”

Khuda Haafiz is slated to release on August 14 on Disney+Hotstar.