This kid is an internet sensation ever since his first photo hit the internet. No prizes for guessing that we are talking about Taimur Ali Khan. That cuteness is in his genes, though. Too bad that there was no social media when his dad Saif Ali Khan was a toddler! 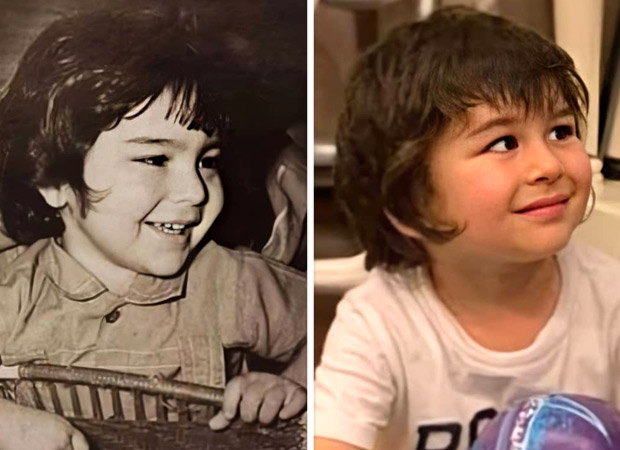 We came across this childhood photo of Saif, wherein he must not be more than a few years older. The similarity that he has with Taimur, is uncanny! That's why they say, Like Father, Like Son. Check out the photo below.

Taimur, who is an absolutely friendly kid and these days even calls out to the paparazzi, is often seen accompanying his parents to work. He recently travelled to Chandigarh with mother Kareena Kapoor Khan as she was filming for Laal Singh Chaddha. We also spotted him on the sets of a photoshoot, having great fun assisting the hair dresser as Saif and Kareena pose. Learning the behind-the-camera life too early!

Also Read: Kareena Kapoor Khan on her Instagram debut- "There will be once in a while a picture of Taimur"

This old picture of Janhvi Kapoor and Khushi…