Marvel Studios' next Thor: Love And Thunder is currently under production with Chris Hemsworth returning as God of Thunder. The Marvel movie has now wrapped production in Australia. Filmmaker Taika Waititi confirmed they have wrapped the film with a sneaky picture of Chris. 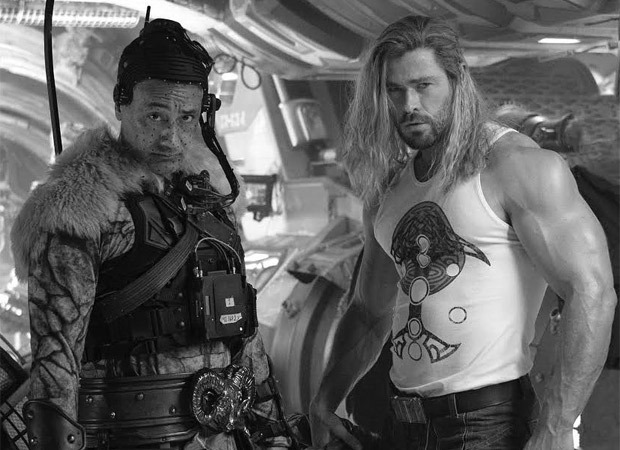 "And that's a wrap on Thor: Love and Thunder. ❤️➕⚡️ Sometimes two people come together to inspire the world and change the cinematic landscape forever. And then there's me and @chrishemsworth who are too cool to care about anything except making movies that bring people absolute joy. Ok I don't look cool I know that," he wrote on Instagram on June 1, 2021.

"This film is the craziest thing I've ever done and I'm honoured to bust my ass and have a nervous breakdown so you can all see it in May 2022. @marvelstudios ????: @jasinboland," he added.

Russell Crowe will play Zeus in the upcoming Marvel movie. Matt Damon has a cameo in the film and was seen in Australia in January 2021 filming his scenes. In Thor: Ragnarok, Matt essayed the role of an Asgardian actor who played the role of Loki in a play.