Last Updated 06.07.2022 | 10:37 PM IST
feedback language
follow us on
Bollywood Hungama » News » Bollywood Features News » Tabu is in shock in the first look of her character from Bhool Bhulaiyaa 2; watch 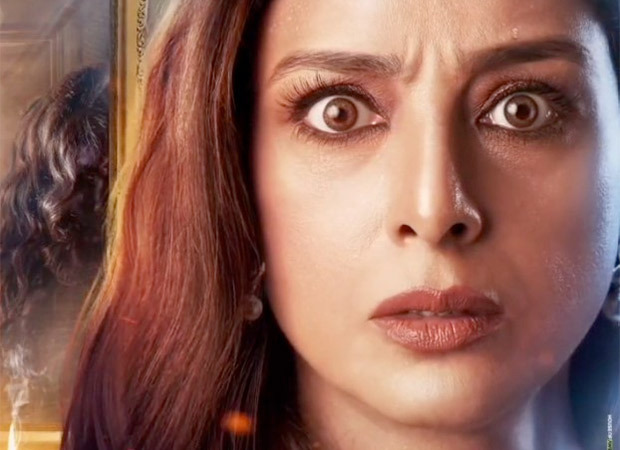 Tabu is in shock in the first look of her character from Bhool Bhulaiyaa 2; watch

In the motion poster, Tabu is seen giving an expression of shock with her eyes wide open. In the mirror behind her, we see the reflection of someone with long wavy hair. In the background, there is the sound of loud laughter followed by the song Ami Je Tomar.

Sharing the motion poster, the makers wrote, "This time, no one will be spared, not even you #BhoolBhulaiyaa2 releasing in cinemas on 20th May, 2022!"

The teaser of the film was released a couple of days ago where Kartik Aaryan was introduced as Rooh baba with Rajpal Yadav reprising the role of Chhota Pandit. The teaser opens on a dingy and spooky note with Manjulika's Aami Je Tomar playing and a glimpse of the unknown Manjulika cut to 'Hare Krishna Hare Ram' tune drops in with Kartik Aaryan's mischievous eyes and a full black attire as Rajpal Yadav's Chhota Pandit gives him quite the welcome.

Kiara Advani plays the female lead of the film alongside Kartik Aaryan, while Rajpal Yadav is perfectly in his element as Chhota Pandit from the first part and Tabu will be seen in a pivotal role too in this Anees Bazmee starrer. The film is all set to hit the big screens on the 20th of May, 2022.