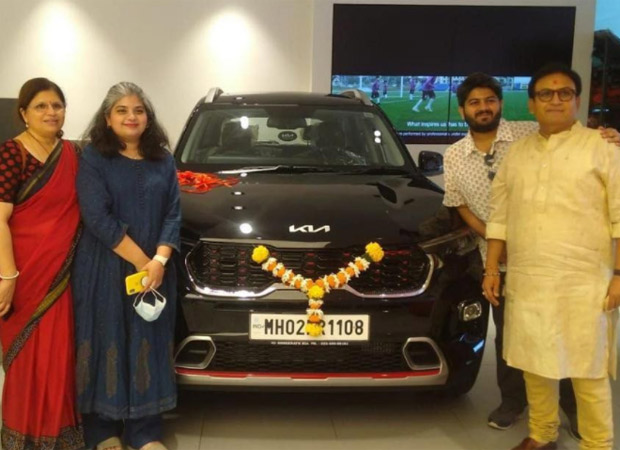 In a photo published by ace photographer Viral Bhayani, the actor is seen posing with his family members, all dressed in traditional clothing, in front of a brand-new black SUV.

In an interview with a tabloid, Dilip said that he does get offers for web shows but he is happy with his part in Taarak Mehta Ka Ooltah Chashmah. However, in the month of July, there were rumours of his rift with co-actors Shailesh Lodha (who plays Taarak Mehta) and Raj Anadkat (who plays Tapu), but he had dismissed it.

Talking about the same, Dilip said that they have been working for 13 years and when people talk about a rift, he just laughs it off. He further added that they are a great team and that is why the show is doing so great.