Taapsee Pannu is currently vacationing in Russia along with her sister Shagun Pannu. The actor has gone on a break after back-to-back shoots and prep for her upcoming projects. The Pannu sisters have been regularly sharing picturesque photos from their vacation. 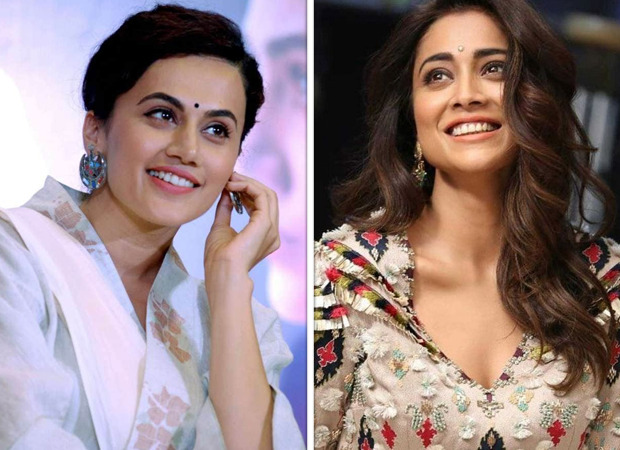 Recently, Taapsee took to her Instagram stories to share a picture with actress Shriya Saran and her husband Andrei Koscheev in St Petersburg in Russia. Shriya and Andrei who were living in Barcelona, Spain will soon be relocating to India.

Taapsee and Shriya who have both worked in the South Indian film industry and Hindi film industry caught up while in Russia. Sharing the picture, Tapsee wrote, “This was such a special sweet catch up #StPetersburg. See you two in Mumbai soon (sic).” 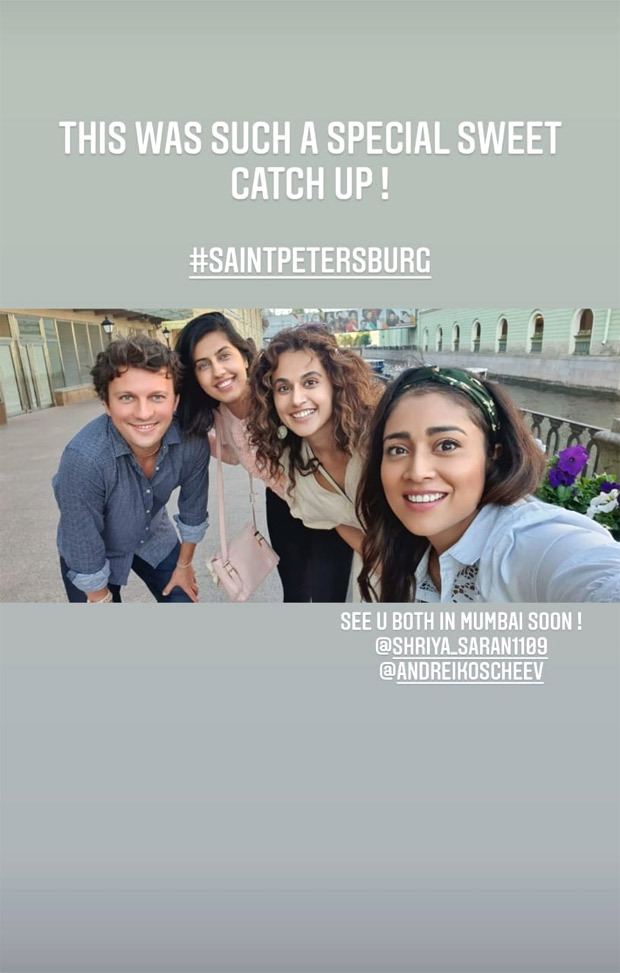 On the work front, Taapsee Pannu will soon be seen in Vinil Mathew's Haseen Dillruba which is set to premiere on July 2. She also has Rashmi Rocket, Shabaash Mithu, Dobaaraa, and Looop Lapeta in the pipeline. Shriya on the other hand will be next seen in a cameo appearance in SS Rajamuli's RRR. She will alos be seen in Gamanam, Naragasooran and Tadka.