Last Updated 06.12.2021 | 11:13 AM IST
feedback language
follow us on
Bollywood Hungama » News » Bollywood Features News » Taapsee Pannu reveals why she agreed to be a part of Amazon Prime Video’s One Mic Stand

The concept of Amazon Prime's original One Mic Stand is an Avant-garde. Conceptualized by comedian Sapan Verma, One Mic Stand's premise is facile - five celebrities from varied fields of life come together with famous comedians to give a once in a lifetime performance in a stand-up set-up. 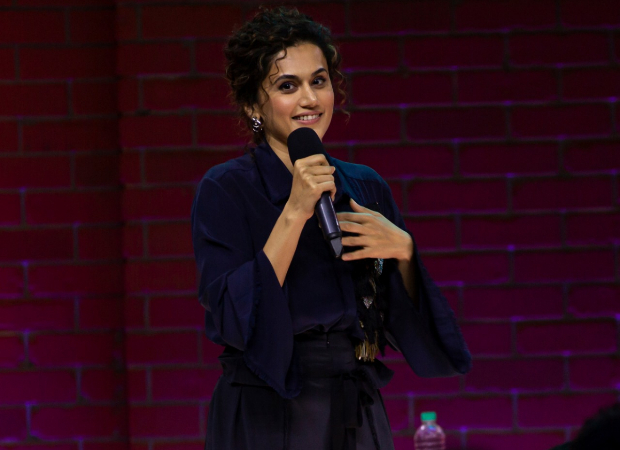 Having an unapologetic and invigorating indigenous approach towards life, Taapsee Pannu is an actor par excellence. Making a debut with Amazon Prime Video's One Mic Stand, Taapsee's extraordinary cinematic experience has widespread its wings over the OTT platform. Taapsee shared the stage with Angad Singh Ranyal who happens to be her college buddy and when she got that chance to try her hands at comedy, she couldn't resist it.

Sharing some light on what made her choose this project, Taapsee asserted, "Angad and I were college mates, so when I got a call to do Stand-Up with him and Sapan for Amazon Original One Mic Stand, it seemed like something that would be a lot of fun. At heart, I am a performer – I like challenging roles, experimenting with different characters, and Stand-Up comedy seemed an extension of that.  Also, I have always been a fan of Stand-Up comedy, even in its early days in India, I would visit all the comedy clubs and take my friends along! So doing  was like ticking off a to-do on my bucket list.”

The show comprises of 5 episodes where each celebrity is individually mentored by the wittiest comedians in India such as  Rohan Joshi, Ashish Shakya, Zakir Khan, Kunal Kamra and Angad Singh Royal.

The fans are already in awe of the mindblowing performances of the celebrities and are waiting for another season. One Mic Stand is created and hosted by Sapan Verma in collaboration with Only Much Louder and is now streaming on Amazon Prime Video.