Tapsee Pannu prepares for the release of her sixth film this year (after Loop Lapeta, Shabaash Mithu, Dobaara, Tadka and Mishan Impossible in Telugu). She is super-excited as Blurr, which streams on Zee5 from December 9, is her first home production. Says Taapsee excitedly, “It’s like starting all over again. It felt like I was on the set for the first time. Blurr is a psychological thriller with many jump scare moments. I don’t want to give away too much.” 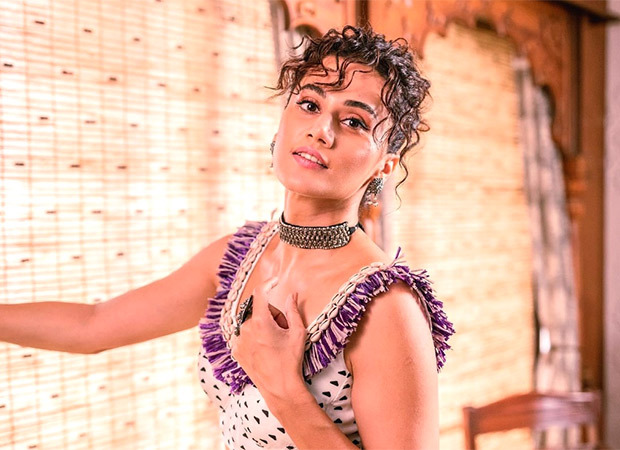 Taapsee Pannu reveals what to expect from Blurr; says, “Trust my judgement in the thriller genre, Blurr is special”

Taapsee who has done several notable suspense thrillers in the past, holds herself back from revealing too much about the film. “How do I explain why Blurr is special without spilling the beans? If you don’t trust me then trust my judgement in the thriller genre. I have done some really appreciated thrillers in the past like Badla, Haseen Dilruba and Loop Lapeta. Blurr is going to be one of the craziest thrillers in my filmography. I am looking forward to the response to it.”

Taapsee is already on to her next project as a producer, and she is happy to reveal that she is not in it. “My next production Dhak Dhak features four women, and none of them is me. I am so happy about that. The idea behind production was never to make films for myself. In fact, I became part of Blurr by chance. It just happened.”

Taapsee is also developing other projects for production. “I will try and star in the minimum projects that I produce. I prefer that others act in my productions. I don’t need to. By God’s grace, I have enough opportunities. If at all I feel there is a project that I want to do and it is not getting a producer then I would not shy away from stepping in. But I’d really want to create opportunities for others rather than myself.”

Also Read: Taapsee Pannu is all smiles at the special screening of Blurr for the visually impaired