Taapsee Pannu has been a part of the Indian film industry for over a decade. Apart from her powerful performance onscreen, the actress is also known for speaking her heart out in various topics. 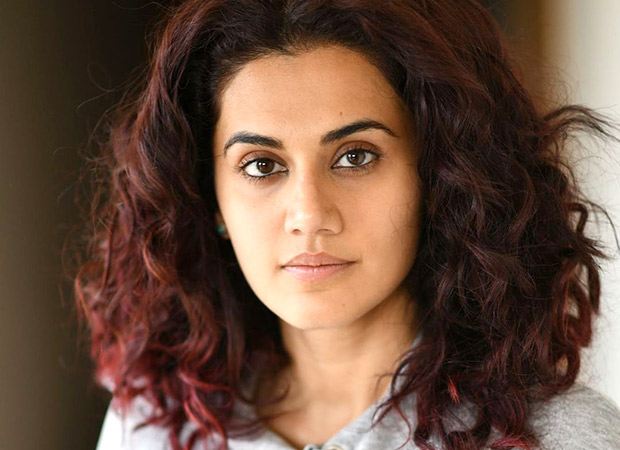 Taapsee Pannu who has thick curly hair recently spoke about being insecure of her unconventional looks and even underwent a chemical treatment to straighten her curly hair. Talking to Cosmopolitan magazine, Taapsee said that she found herself different from the actors she saw on her television screen. "I didn't have those big ‘doe eyes’; I didn't have an elegant, small nose. I had this large, ‘royal nose’, as people call it. I didn't have luscious lips or straight, silky hair," she said.

Taapsee said that she noticed that none of the actresses on television had curly hair like her. “While I was still in school, I visited a salon to get my hair chemically straightened—twice—using those terrible chemical treatments that were available at the time," she said, adding that they completely ruined her hair. She said that she was frustrated to have limp ends with curly bits growing in the top and was later horrified when her hair began to fall.

On the work front, Taapsee has had three releases this year, all on OTT platforms- Haseen Dillruba, Annnabelle Sethupathi and Rashmi Rocket.

She has Looop Lapeta, Dobaaraa, Shabaash Mithu, Blurr, and Mishan Impossible in the pipeline. She is currently shooting for Woh Ladki Hai Kahaan? with Pratik Gandhi.

ALSO READ: Taapsee Pannu decides to stay blindfolded for 12 hours on sets of Blurr to get in the skin of her character!