To celebrate the great year 2021 was in the space of entertainment, Netflix hosted a roundtable with the best of actors and creators this year. As the year ends, Taapsee Pannu spoke about how the character she played for Haseen Dillruba and Manmarziya was not what she identified with, but it deployed a challenge on her acting skills as part of the year-end roundtable hosted by Netflix. 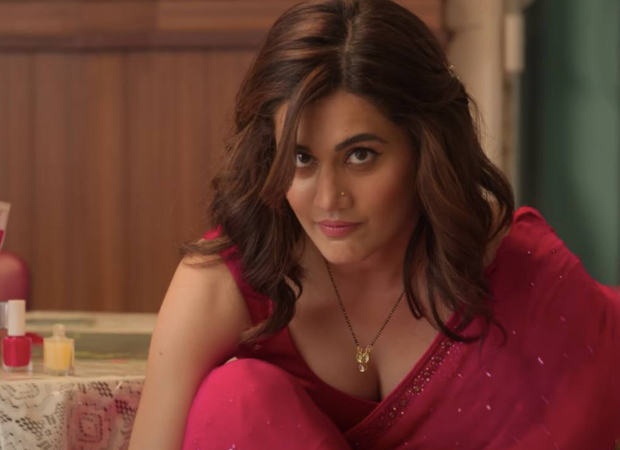 Taapsee Pannu was offered Haseen Dillruba after several actresses refused to play the part; reveals why others rejected it

Taapsee talked about what went on in her mind behind playing her recent roles and Haseen Dillruba in particular. "I believe if the audience can believe that my character does what it does without any malice in my heart, then I am home. That is the same reason I wanted to be a part of Haseen Dilruba as well. Somehow Kanika(Dhillon) makes me do these kinds of roles again and again. Vinil and I were very mindful of the fact that she is the protagonist of the film and you can't afford for the audience to get disconnected from the protagonist. So I can not make my character do something that may confuse my audience as to why do something like this - they should understand why my character does it. That's the only honesty I need to maintain with my audience and that’s how Vinil and I did Haseen Dillruba," she said.

However, the film was not offered to her initially. Talking about how Kanika narrated the script to her after being rejected by other actresses, Taapsee said, "During the whole narration, I was smirkly looking at her(Kanika), ‘You didn’t come to me with this before'. I was almost manifesting it somewhere that I really want to do this. I was not probably the first, second or third choice for this. It was only when everybody else had said no that it came to me. I was very happy about it, first because I wanted to do it, when I heard it, I didn't understand why would anyone say no to it."

Taapsee also spoke about the reasons why other actresses refused to play the part. "I can tell you the reasons why probably others said no to it - too grey, not likeable woman character or who's the hero? I was like ‘Dude, it's Haseen Dillruba, I don’t care about who the hero is. Those were the kind of questions because of which others didn't work out and thank god for that," she said.

Haseen Dillruba is a perfect entertainer paired with a classic whodunit making it an experience to rejoice and engage for the audience. The film follows a police officer investigating a wife as a suspect in her husband’s murder with multiple twists and turns which reveal themselves through the course of the film. The film is ingenious in its use of humour to tell what could otherwise be a gruesome tale. Haseen Dillruba is streaming now on Netflix, catch it if you haven’t already.