Taapsee Pannu's Outriders Films' first project Blurr wrapped up its shoot recently. The much-awaited project was shot in Nainital at original locations like Mall road and others. Now a piece of interesting news from the sets of the film has emerged. 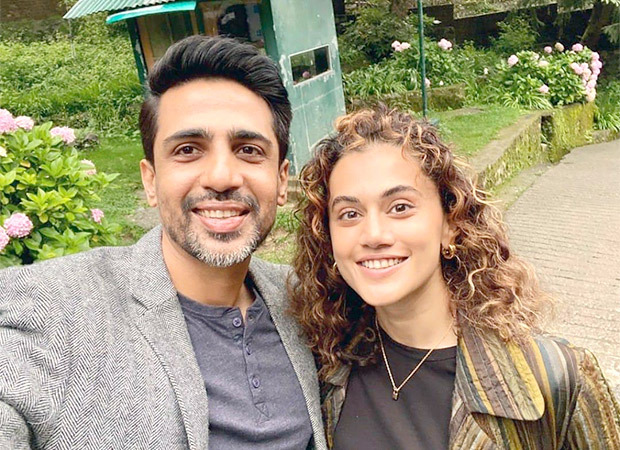 A source reveals, "Gulshan Devaiah is a fantastic person. He is known for his humour and he has been putting it to good use. He has been the entertainer on the sets of Blurr and infact he made sure on his days off as well, he was there to entertain others. He has been using his signature style of comedy to make sure everyone has a good time on the sets."

Gulshan Devaiah plays Gayatri’s ( Taapsee Pannu) Neel who is a very nice and understanding man but he’s unhappy and unfulfilled inside. They both love each other but there’s visible tension in their relationship.

Neel also comes from a reasonably affluent background and doesn’t really need to work for a living and has totally taken a supportive position to his passionate wife Gayatri, who is an anthropologist, totally dedicated to her work.

The shooting for Blurr began around two months back. The shooting for film was done at night time to avoid crowding in places. The movie offers a new pairing with Taapsee and Gulshan teaming up.

Tapsee along with Pranjal Khandhdiya launched 'Outsiders Films'. The movie Blurr is set to be directed by Ajay Bahl and will star Taapsee and Gulshan Devaiah. The movie is set to release in 2022 and is backed by ZEE Studios.

ALSO READ: Exclusive: Taapsee Pannu reveals she has shamelessly asked Shah Rukh Khan ‘when is he taking her in his films’