While the Hrithik Roshan starrer Super 30 has faced delay in the past, the film is all set to hit the big screens next month. With the promotions kick starting, recent reports claimed that some IIT students have sought objection over the release of the film and have alleged that the film is unauthentic. Although none of the students have come forth in the media, the reports have been doing the rounds all over and now Anand Kumar, the man who is responsible for the Super 30 batch, has decided to finally BREAK his silence and spoke up about it in an exclusive interview with Bollywood Hungama. 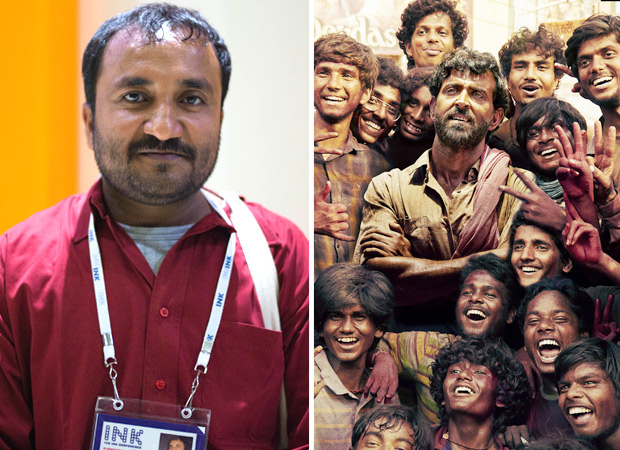 Super 30: “As soon as the film releases, everyone will know who the villain is” says Anand Kumar, responding to IIT students’ allegations

In the said Bollywood Hungama interview, Anand Kumar maintained that all of these are a ploy to defame him and malign his reputation. He also mentioned that the film will show who the real villain is eventually when it hits the big screens! He explained, “I am happy that I could answer the question on this platform so that the world could understand! In a place like Bihar, when a poor man or rather a lower caste man who doesn’t have any kith or kin but only a mother and brother as family, succeeds in life and does something for the other underprivileged, those who have a feudalist kind of mindset, have a difficulty accepting it. I have never taken a single rupee as donation or charity until now despite many people offering it. From Narendra Modi to Mukesh Ambani to Anand Mahendra to Nitish Kumar to many NRIs who were ready to donate but I didn’t agree. We ourselves raise the funds for these students by taking tuitions of other students in the evenings and we use the same money for those underprivileged kids as well as for the needs of our own family. And yet we had to face bullets about 15 years ago.”

“That is our question – Why? This is very big question that is important for the future. Times are changing and we do not live in the era where the son of a driver becomes a driver only. There was a time when the drivers and others thought that their kids will grow up to serve their employer just like the way they served theirs. But in current times, thoughts have changed and even a driver wants to educate his children and aspires that his kids would become as educated as their employer or may be more. Whereas, the other kind of people have the kind of thinking where they wonder how they will get domestic help if their domestic help’s children become well-educated and successful. One more kind of parallel thought of sorts is where people don’t want a poor person to become the hero at the end of the day. And that too it will have a superstar like Hrithik Roshan making a huge film on it. How can we let that happen? There are always few people who are dissatisfied with their lives and don’t believe in hard work, who want to demean others,” added Anand Kumar.

“On more than one occasion, they have urged everyone to stop filming but when that didn’t work and we continued with the shoot. One of our associates got arrested because he wrote something on Facebook. There is no law that stops a citizen from putting things on Facebook and other social media yet, our associate, who was merely a bank employee, was arrested and put in jail. When the investigated and the matter went till DGP, evidence showed that the bank employee didn’t write post anything on Facebook at all and that’s when he got bail,” said the mathematician.

Anand Kumar also revealed about a horrific incident that his family underwent saying, “My brother faced a major accident last December where he was severely injured on his leg and was in the hospital for 3 months. He was just travelling from the highway when a truck tried to kill him. I am just a teacher and yet the kind of pressure that I am facing. I have never thought bad or been bad with anyone. It has been almost six months since that incident and yet we are almost begging the police to find the CCTV footage during the accident for more evidence on who is responsible for the accident. Still no action has been taken on that front!”

“It was equally shocking for us to see that four children have suddenly filed a lawsuit against us in September. Because I can assure you on this platform that I have never met or interacted with any of those kids ever before and it is quite possible that they may have never been to Bihar. They have not even come forth during any press conference or media meet too. I can’t believe that people are getting innocent students to stand up against me. I would request senior journalists and others to investigate on who these students are because no one is aware of it. It’s just piece of news neither have those kids ever spoken to the media. They are just innocent children who have been misled! I want to know the person responsible behind this and who is hiding under the garb of these innocent children just to defame me. And as soon as the film releases, everyone will know who the villain is and who is the person responsible behind all these!” concluded the mathematician.