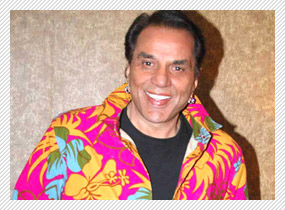 Sangeeth Sivan's Yamla Pagla Deewana 2 is an out-and-out escapist fare with no bearing to real life.


Says Dharamji, "It's a completely mad film. Sunny, Bobby and I had great fun shooting it in London. We had to make sure that the sequel went ahead of the first film. The characters are the same. But the plot is completely different."


During the three months that the Deols shot for Yamla Pagla Deewana 2 in London, there were four birthday celebrations.


Says Dharamji joyously, "It was like a never-ending party. The film's director Sangeeth Sivan celebrated his birthday. So did the film's cinematographer Neha (who's the first female cinematographer in Hindi cinema), then my son Sunny and finally me...we all had our birthdays during the shooting in London. I've come back feeling very positive about the film. We worked like a family. For me as well as my sons, it's very important to feel at home when working. Otherwise we tend to get distracted and uncomfortable. So many directors who have worked with us have gone on to make it big with other banners. We wish them all the best. For us the people we work with are precious."


Dharamji says he feels he's just starting out at 78. "There's so much I want to do, so many things remain to be done. Fortunately my children are all settled down. Even Esha got married and is happy with her husband. I couldn't ask for more in life."