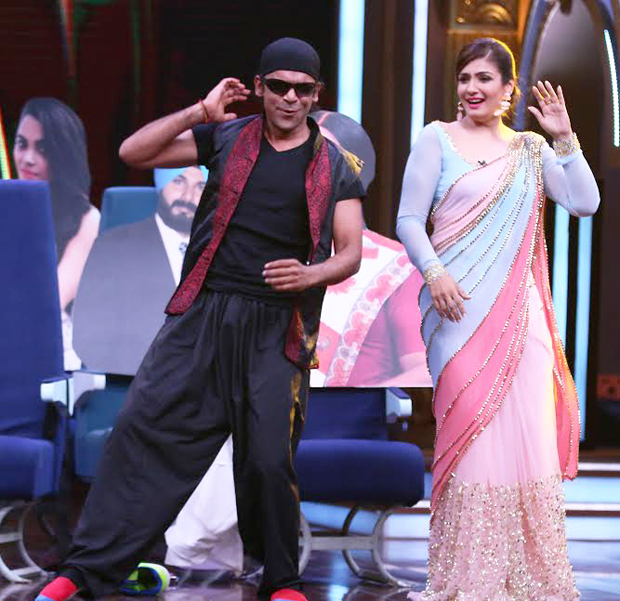 By now, everyone knows about the infamous mid-air fight that took place between the two titans of television viz., Kapil Sharma and Sunil Grover. The resultant of the said fight was the sudden exit of Sunil Grover from the extremely popular ‘The Kapil Sharma Show’.

While Sunil Grover is firm about his decision about not returning to ‘The Kapil Sharma Show’, he continues to appear on the channel’s other shows, as he is bound by the contract with the channel. After having everyone in splits at the grand finale of the ‘Indian Idol’, this time round, Sunil Grover appeared on Sony TV’s latest talent show titled ‘Sabse Bada Kalakar’, which is being judged by Raveena Tandon, Arshad Warsi and Boman Irani.

Like always, when Sunil Grover took centre stage, all the attention and the spotlight were turned onto him. In no time, Sunil Grover ‘transformed’ into Akshay Kumar and danced to the tunes of 'Tu Cheeze Badi Hein Mast Mast' alongwith Raveena Tandon. A source from the set informs, “As soon a Sunil Grover started dancing on 'Tu Cheeze Badi Hein Mast Mast', Raveena Tandon was quick to join him on stage and shake a leg. The actress also mentioned that she relived the famous song from Mohra all over again, thanks to Sunil Grove aka Dr. Mashoor Gulati.”