Sui Dhaaga – Made In India is said to be one of the most unconventional films of recent times. Bringing together Varun Dhawan and Anushka Sharma for the first time, the film will feature the actors in a de-glam avatar and the two of them also managed to keep it as real as possible. The shooting of the film too happened keeping this factor in mind. Recently, when the actors were asked if there was any unforgettable moment during the film, they recalled a mishap that happened whilst shooting one of the scenes. 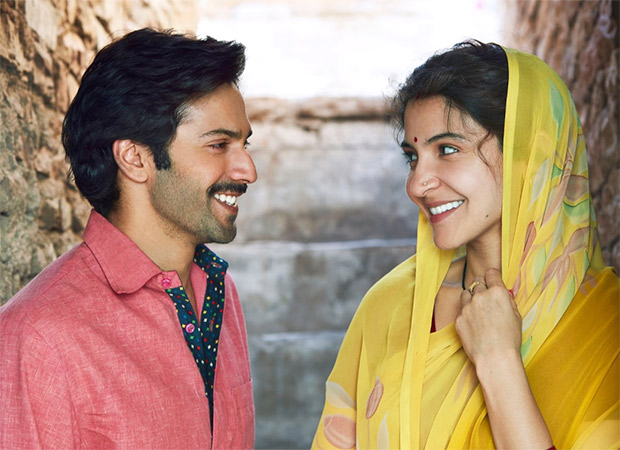 In an exclusive interview with Bollywood Hungama, Varun Dhawan and Anushka Sharma shared some fun moments. However, when they were asked if there was an unforgettable moment from the sets of Sui Dhaaga – Made In India, they reminisced about an accident because of which Anushka Sharma had a bad fall.

Speaking on the same, Varun Dhawan said, “I think, the bike [cycle] falling.” To which Anushka added, “I think you remember because it was painful and I got hurt. I had a very bad fall.” Continuing about how the incident happened, Varun went on, “The truck comes really close to us and we are on the cycle. After it comes close, we like fall off from the cycle.”

After seeing the way Varun explained the incident, Anushka Sharma is left wondering about the dramatic way he described it. She commented, “Why do you say it like that, like a director.” Overlapping her statement, Varun added, “There was a cliff out there and we could have really gone off the cliff but we didn’t. She fell very badly. And we fell so badly that people came inside the shot.” Anushka chipped in, “On the other hand, we were shouting at them saying, ‘kyun aaye shot karab ho gaya’ [why did you come, now the shot has got disrupted].”

To see what the actors spoke about the shot, here’s a glimpse of the interview:

Sui Dhaaga – Made In India, directed by Sharat Katariya and produced by Maneesh Sharma under the Yash Raj Films’ banner, is slated to release on September 28.

Also Read: Sui Dhaaga director Sharad Katariya TROLLS Anushka Sharma; joins in the promotion of the film with rest of the Internet