Just a day ago, star kid and debutant Shanaya Kapoor took to social media to wish her best friend Navya Naveli Nanda on her birthday. Not just that, the Kapoor girl also revealed her special nickname for them. Now, the soon-to-be-actress Shanaya was seen celebrating Navya’s birthday and joining the duo for the bash was Suhana Khan and Agastya Nanda. It seems that the entire gang rang in the birthday of Amitabh Bachchan’s granddaughter in Alibaug. 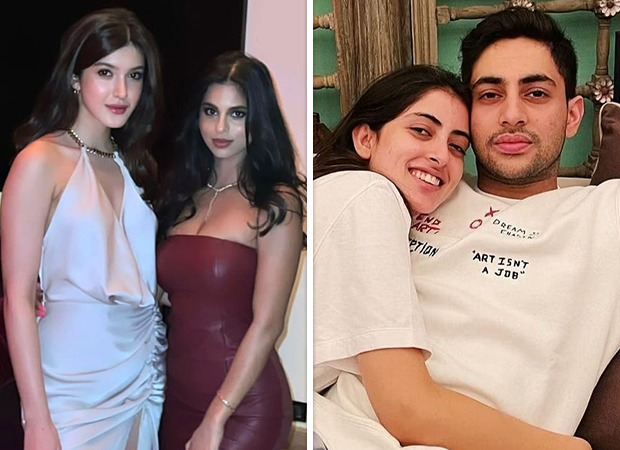 In a video that has been doing the rounds on social media, Suhana Khan, Shanaya Kapoor, Navya Naveli Nanda, and her brother Agastya Nanda, were seen getting off a jetty at the Gateway of India. It seems that the star kids were partying in Alibaug and celebrating the birthday of Navya Naveli Nanda. While Shanaya had already showered love on her birthday on social media, Agastya Nanda and Suhana Khan, who have been working together for their debut, took some time off from their work commitments to celebrate this special day with their friend.

Meanwhile, coming to work commitments, Navya Naveli Nanda had always maintained her desire to pursue with her entrepreneurial ventures and had asserted that she has no interest in joining the film industry. On the other hand, her brother Agastya Nanda will be making his movie debut with Zoya Akhtar’s The Archies in which he will be seen playing the lead role along with Suhana Khan and Khushi Kapoor also making their debuts as the popular characters Veronica and Betty from the comics. The film will release on Netflix. As for Shanaya Kapoor, the star kid will be making a grand debut in the Dharma Productions film Bedhadak that also features popular television actor Lakshya Lalwani and Guilty actor Gurfateh Pirzada.