Costume dramas in Indian cinema frequently mistake flamboyance and bombast for nostalgic entertainment. Panipat is the first film of its genre that doesn’t insult history by distorting and subverting it to suit the filmmaker’s massy purposes. Even when Sadashiv Rao Bhau, Gowariker’s 18th century Maratha warrior who dreamt of a united India to fight foreign invasion and who craved for no throne or crown, goes to war he carries himself with the dignity of a peacenik. 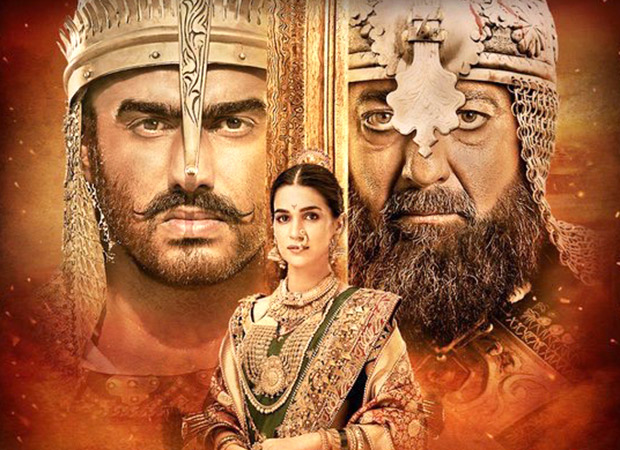 One of the film’s finest dialogues—and there many luminously written lines in this fine historical drama—comes when Sadashiv catches his wife trying out the crown in front of the mirror. “Taj pehna nahin jata, pehnaya jata hai,” he gently tells his impulsive brave and devoted wife.

Elsewhere, before he leaves for war with the Islamic invader Ahmad Shah Abdali (Sanjay Dutt, laden with unstoppable ferocity) he tells his wife, “If I die please don’t do Sati.” The line almost seems a dig at Sanjay Leela Bhansali’s elaborate johar climax in Padmaavat.

But then you realize this is Ashutosh Gowariker. Sarcasm and satire are not his style. This filmmaker's epic dramas are blessed with long sturdy legs that walk that extra mile and talk the talk of national interest vis-à-vis the mistakes of bloodshed we’ve made on the past.

Thoroughly researched and rigorously true to the spirit of Maratha pride, Panipat is a remarkably restrained costume-historical drama. The director avoids all the pitfalls of overstatement even when confronting dramatic crises that call for a war-cry level of drama. He holds back. The relationships are delicately drawn; none more so than the one between Sadashiv Rao Bhau and his feisty wife Parvati. He is a doting loving protective husband. She insists on accompanying him to battle with an I-will-get-bored-alone logic.

Kriti Sanon is a revelation as Parvati. Not only does she have a solid part to play in the drama, she plays it with such disarming intensity, her eyes often tell a thousand untold stories. Kriti simply owns her role. I am afraid, Arjun Kapoor for all his sincerity, falls short of his character’s expectations. Kapoor puts in his all. But somewhere that energy and dynamism needed to portray a Maratha warrior whose heart is as pure as the royal blood that course through it, is missing. 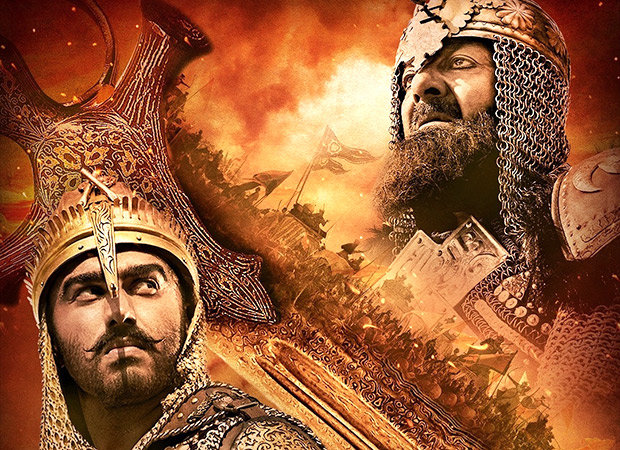 Interesting actors like Mantra (outstanding as the conniving Najib-ud-Daula) and an overweight wheezing Kunal Kapoor (Shashi Kapoor's son now resembling his father in his later years) come and go in the mottled epic bringing their own charm to bear upon the characters’ doomed destiny. Then there is Zeenat Aman in a cameo as an empowered female ruler. Her heart-to-heart girl-talk with Sanon is lovely to behold.

That vital absence of bellicose energy in the main lead is more than compensated for by Gowariker’s uncompromising vision. Unlike Bhansali who rushes through the historical credibility of his characters, Gowariker is in no hurry to get our attention or hold on it when he does get it. The lengthy narration flows with the inevitability of a determined river that winds its way through craggy mountains certain of where it is going.

The relationships between Sadashiv Rao and the people, who determine his tragic destiny, are mapped with a fertile fluency. The way Rao takes his king Nana Singh Peshwa’s son under his wings reifies the confidence with which this director charts the course of the human relationships in the drama of power politics without exaggerating his characters’ responses to the volatile milieu to which they belong.

Panipat is in many ways a great film. Its greatness lies in telling a tale of vehement valour without toppling over in self-importance. There is a gentle quality to the narrative broken when war finally breaks out at the end. Even then, Gowariker’s opts for a more reined-in treatment of the bloodshed. As the brave Marathas fell to the ground in a bloodied heap I could feel the futility of the savagery.

This is film and filmmaker that know how to respect our past without making frame belch with an over-saturated blast.

Also Read: Panipat: Arjun Kapoor turns a master-mind for his men in this still from the film